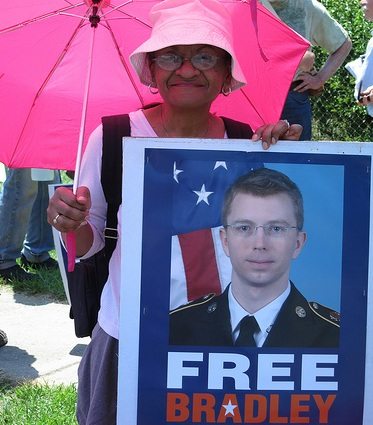 “Like any strong detergent, the work of the British media may cause a certain smarting of the eyes,” as London mayor and former journalist Boris Johnson writes. “But if you want to keep clean the gutters of public life, you need a gutter press.”

The strength of civil society is linked directly to the strength of a free press, and the free press has always had to seek out information not freely available to the general public. It comes in tips and leaks and through Freedom of Information Act requests. In a very odd story that should frighten us all half to death, editors at the Guardian revealed Tuesday how the newspaper was driven to destroy hard drives containing copies of secret files leaked by Edward Snowden in “one of the stranger episodes in the history of digital-age journalism.”

“On Saturday, 20 July, in a deserted basement of the Guardian’s King’s Cross offices, a senior editor and a Guardian computer expert used angle grinders and other tools to pulverize the hard drives and memory chips on which the encrypted files had been stored. As they worked, they were watched by technicians from Government Communications Headquarters (GCHQ) who took notes and photographs, but who left empty-handed.”

The act was, in the end, symbolic, since the files destroyed were not the only copies available, a fact that was communicated to the officials involved.

“I explained to British authorities that there were other copies in America and Brazil so they wouldn’t be achieving anything,” Guardian editor Alan Rusbridger said. “But once it was obvious that they would be going to law, I preferred to destroy our copy rather than hand it back to them or allow the courts to freeze our reporting. I don’t think we had Snowden’s consent to hand the material back, and I didn’t want to help the U.K. authorities to know what he had given us.”

The British government also detained David Miranda, the partner of Glenn Greenwald, who has led the Guardian’s U.S. reporting on the files. The detention measure, enabled under legislation aimed at terrorists, can only be used in airports and ports, and circumvents the normal protections granted to suspects in the U.K.

Meanwhile, Bradley Manning was sentenced yesterday to a term of 35 years. Ironically, one of the six takeaways from the trial cited by the Guardian article penned by Paul Lewis is that traditional journalism no longer has the monopoly it used to in terms of releasing news.

“One of the more intriguing nuggets to emerge from Manning’s court martial process was his admission that he first attempted to contact the Washington Post and New York Times with his leaks. The Times didn’t return his call, and an employee of the Post didn’t take him seriously. The young soldier then turned to the anti-secrecy website WikiLeaks, which he had already researched, believing it was ‘the best medium for publishing this information to the world’ within his reach. His trial might have looked rather different had more established media outlets followed up his calls. Although WikiLeaks disclosures were widely reported in the mainstream media, including the Guardian, they were disseminated via Julian Assange, who was portrayed by prosecutors as an ‘information anarchist.’ The case revealed the changing shape of journalism in the Internet era.”—Ruth McCambridge