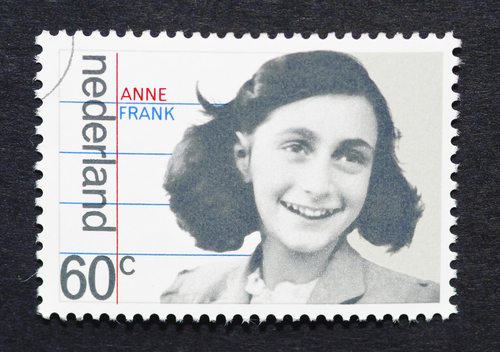 If you’ve read The Diary of Anne Frank and visited the Amsterdam garret in which she and her family hid from the Nazis for two years, you might think of anything associated with Anne Frank as nearly sacred. Anne and her family had no access to the outside world or anything in nature other than the sight of a chestnut tree outside the building where they were hiding.

In August of 2010, that tree toppled in a storm, but saplings from its seeds are being distributed around the world, including 11 places in the U.S. Chosen by the Anne Frank Center USA from a pool of 34 applicants, the locations for the saplings include the park in lower Manhattan honoring the victims of September 11th, Little Rock’s Central High School, which was a focal point for this nation’s desegregation battle, Holocaust centers in the states of Michigan and Washington, and the Children’s Museum of Indianapolis.

Young Anne wrote about that tree—she called it “our tree”—several times in the diary. This part always moved us:

“I go to the attic almost every morning to get the stale air out of my lungs. This morning when I went there, Peter was busy cleaning up. He finished quickly and came over to where I was sitting on my favorite spot on the floor. The two of us looked out at the blue sky, the bare chestnut tree glistening with dew, the seagulls and other birds glinting with silver as they swooped through the air, and we were so moved and entranced that we couldn’t speak. He stood with his head against a thick beam, while I sat. We breathed in the air, looked outside and both felt that the spell shouldn’t be broken with words. We remained like this for a long while, and by the time he had to go to the loft to chop wood, I knew he was a good, decent boy. He climbed the ladder to the loft, and I followed; during the fifteen minutes he was chopping wood, we didn’t say a word either. I watched him from where I was standing, and could see he was obviously doing his best to chop the right way and show off his strength. But I also looked out the open window, letting my eyes roam over a large part of Amsterdam, over the rooftops and on to the horizon, a strip of blue so pale it was almost invisible. ‘As long as this exists,’ I thought, ‘this sunshine and this cloudless sky, and as long as I can enjoy it, how can I be sad?’ The best remedy for those who are frightened, lonely or unhappy is to go outside, somewhere they can be alone, alone with the sky, nature and God. For then and only then can you feel that everything is as it should be and that God wants people to be happy amid nature’s beauty and simplicity. As long as this exists, and that should be forever, I know that there will be solace for every sorrow, whatever the circumstances. I firmly believe that nature can bring comfort to all who suffer.”

The saplings are symbols of the sense of tolerance, understanding, hope, and renewal that infused this young girl despite the horror of her two years in hiding until the Nazis took her and her family away. On February 23, 1944, when she wrote about the tree glistening with dew, she ended her diary entry with this line: “[P]erhaps it won’t be long before I can share this overwhelming feeling of happiness with someone who feels the same as I do.” Now people visiting locations in Indianapolis, Little Rock, Boston, and the White House in Washington, D.C. (a complete list of all U.S. locations is available here) might be able to capture some of Anne Frank’s indomitable spirit.—Rick Cohen