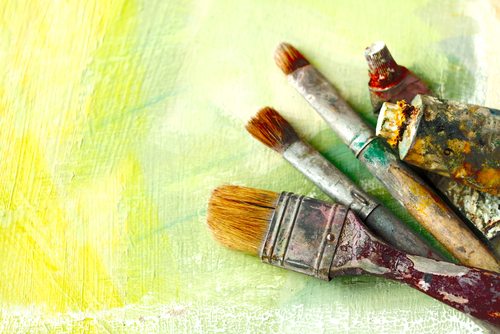 Described in an article in Politico as a “typically a well-educated but lower-earning demographic,” many American artists have historically struggled to obtain affordable healthcare coverage, whether on their own, through the nonprofit cultural organizations that employ them or, in some instances, through unions or other membership organizations. Individual artists are among the demographic groups that stand to benefit from the Affordable Care Act, either through the plans and premium subsidies offered through federal and state insurance exchanges, or from plans employers will be required to offer beginning in 2015.

Visual artists, actors, dancers, writers, filmmakers and other “creatives” are often self-employed or cobble together a living working for multiple arts organizations, one production or project at a time. For many, health insurance premiums have been out of reach as costs escalated in recent years, leaving some artists to gamble on getting by without coverage. A 2013 survey by The Actors Fund, for example, found that 43 percent of individuals working in the visual and performing arts lacked coverage—more than double the national uninsured rate. In the same survey, more than a third of those with coverage said they got it on the individual market, not through a group; this compares with the 6 percent of Americans who typically have purchased individual coverage.

For many artists, ACA will offer options they haven’t had before, although some may find that their network of providers is more limited than in the plans they’ve purchased individually, or that deductibles are higher.

Still, artists seem to be flocking to Obamacare along with millions of other Americans. The Actors Fund’s Artists Health Insurance Resource Center in New York City, which predates the Affordable Care Act, has received two grants to assist with enrollment efforts in New York City and reports an enthusiastic reception. Eastern Region director of health services Renata Marinaro reports that many artists are qualifying for premium tax credits or expanded Medicaid benefits and says, “The law is really designed exactly for the kind of people who are in the arts and entertainment community.”

The ACA may prove to be kinder to self-employed artists than to mid-sized arts organizations, which will be required to offer healthcare coverage when the employer mandate part of the law begins to be phased in next year. While about 60 percent of the entertainment industry is already unionized with health plans, as many as 100,000 workers may benefit from plans that employers with the equivalent of 50 full-time employees will be required to offer. But the math gets tricky because many people in the arts field—for example, in film production—work on a project basis and may have several employers over the course of a given year; and production companies and theaters often have dramatic (pun intended) fluctuations in their full-time-equivalent numbers over the course of a year. It remains to be seen how those issues will be sorted out.

In the meantime, artists like Maryland resident Karin Abromaitis, who at age 61 has only had a total of eight years of employer health coverage in her working life, are optimistic that the ACA will offer financial relief and peace of mind that will enable her to keep making the art she loves to make: copper bowls, ceramic tea pots and other decorative creations.—Eileen Cunniffe