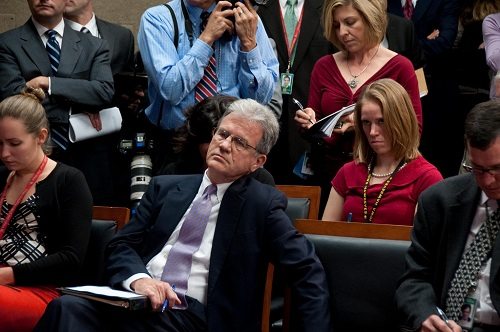 As of Friday, the Library of Congress had not released an official copy of the bill, S.1524, though it appeared initially to have no cosponsors. Coburn’s office distributed a fact sheet that explains Coburn’s rationale for separating the NFL and these other leagues from their (c)(6) status. Like Major League Baseball, which voluntarily gave up its (c)(6) status, the NFL and the other (c)(6) sports league don’t promote “the success of their respective sports—football, ice hockey, and professional golf—but these leagues are clearly organized for profit to promote their specific brands.” (Emphasis in original.) It is the argument that we made here long ago (in 2012, here, and in 2008, here) that, unlike a Chamber of Commerce, which promotes general business in its function as a business league, the NFL exclusively promotes the NFL brand and its 32 member teams, regardless of how many other professional football teams there might be.

Coburn may play a formidable game, but the NFL and the other leagues can put a pretty powerful team onto the congressional field. The NFL, for example, has the most resources to defend—and deploy. Realize that for the rights to televise Monday Night Football for ten years, ESPN is paying the NFL $15.2 billion. For the 2011-2012 season, the NFL’s revenues reached $9.5 billion and are estimated to reach an annual total of $27 billion by 2025. Money and legislation usually means special -interest lobbying in Washington. The teams that could line up against Coburn vary in their lobbying strength. Some of the pro leagues haven’t put much into lobbying in recent years because they faced relatively little in the way of federal legislative questions. For the years of the Obama administration, the lobbying expenditures of some of the professional leagues has varied:

The strength of the NFL’s team to take the Beltway field against whoever lines up with Coburn also includes the strength of its Political Action Committees, putting money into political campaigns, with significant sums going to leaders of both parties, including House Energy and Commerce Committee chair Fred Upton (R-MI) and former House Speaker Nancy Pelosi (D-Cal.):

With a direct threat to the NFL’s billions in revenues, the NFL’s lobbying to date might take a sharply upward trajectory, especially if Coburn recruits some influential allies. Expect NFL Commissioner Roger Goodell to field a heavyweight team of first-round lobbying draft choices. With good teamwork, Coburn might throw the powerful NFL team for a loss, which would be a gain for the American public. Will anyone join Coburn’s team? —Rick Cohen