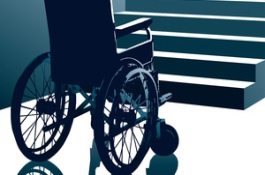 The fact that so many persons with disabilities are leaving the work force reflects just how “rocky” the job market is for the disabled, according to Shaun Heasley writing for Disability Scoop. Conservative critics have been writing about the increase in the number of persons receiving disability benefits as a reflection of the welfare state’s disincentives to work. In fact, the number of disabled workers receiving support from the nation’s Disability Insurance Trust Fund reached 8,942,584 in December 2013, an increase of 1.3 percent from the previous year, but an increase of 52.2 percent over the decade. The notion that an average monthly payment to a disabled worker—in December, $1,146.43—is a substantial distinctive to avoid work is hard to imagine, but that is the concept that animates the critics.

More troubling was last week’s 205-count indictment of 102 New York City firemen and policemen for participating in a massive Social Security fraud, faking psychiatric illnesses over a 26-year period. Some of the alleged perpetrators claimed disabilities incurred from their roles as first responders to the World Trade Center terrorist attacks on September 11, 2011. Eighty of the 102 were police and fire department retirees, rather than current workers unable to work due to their disabilities.

The coverage of the New York indictments has provoked almost giddy reactions on the parts of critics of employment compensation that the disability insurance system is one of rampant fraud. In truth, the system is one of stringent eligibility, requiring recipients to be both “fully insured” (having worked for at least one-fourth of their adult lives) and “disability insured” (having worked in at least five of the previous ten years), severely impaired (suffering from a physical or mental disability that has lasted at least five months and is expected to last at least 12 months), and unable to perform “substantial work” (meaning earning more than $1,040 a month—or $1,740 for the blind). The Center for Budget and Policy Priorities explains the growth in the numbers of people receiving disability insurance payments as due not to a flood of fakers, but to the aging of Baby Boomers (now reaching their 50s and 60s, the peak ages for disability insurance) and the increase in the participation of women in the labor force overall.

How then to explain the latest proposal of the U.S. Senate—concocted in this case by Democrats, the generally reliable Jack Reed of Rhode Island and supported by Senate Majority Leader Harry Reid—to pay for a one-year extension of unemployment benefits by cutting benefits for persons with disabilities? This would be part of the budget “offset” that Republicans are demanding in return for the extension of unemployment benefits that were eliminated in the federal budget agreement last month. The notion is that workers who collect disability payments but also earn a tiny amount of wages or receive other benefits are “double-dipping.” Oddly, President Obama proposed the same in his FY2014 budget proposals.

A coalition of nonprofits, including the Arc of the United States, Goodwill Industries, Easter Seals, the National Alliance on Mental Illness, and the National Disability Rights Network, issued a letter last week condemning the offset proposal, noting that less than one percent of disability insurance recipients “double dip” and receive unemployment insurance benefits as well, and that this practice has been accepted by both the Social Security Administration and the courts as legitimate. As the letter explains, “Individuals who do receive concurrent benefits do so because they have significant disabilities that make them eligible for DI, and because they have also attempted to work at a low level of earnings but have lost their job through no fault of their own.” Nonetheless, the double-dipping argument has gained traction among our nation’s legislators, including Senator John McCain’s support for the offset idea and Senator Chuck Schumer’s declaration that the idea of people receiving both DI and UI is simply “wrong.”

The critics of double-dipping are operating under a major misunderstanding of both programs. Disability insurance and unemployment insurance are meant as bridges to employment, not substitutes for jobs. For the 117,000 persons who receive both disability and unemployment benefits, the average combined annual benefit is all of $13,200—hardly a mammoth disincentivizing alternative to a decent job’s paycheck. But critics will use the increase in the DI rolls and the scandal of New York scammers to buttress their arguments that it is okay to cut disability payments—unless more nonprofits than just the disability advocates speak up with the facts. They had better speak up fast, because it looks like the Senate could agree to cut disability insurance payments today.—Rick Cohen