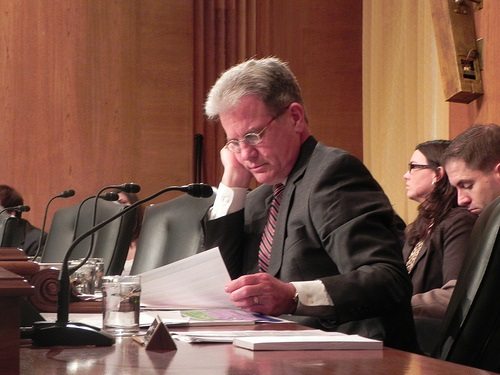 Back in September, Senator Tom Coburn (R-OK) introduced legislation that would update the current tax code and prevent large professional sports organizations (annual revenues of $10 million and over) from enjoying the benefits of being a tax-exempt organization. Coburn stated, in response to large sports organizations receiving such benefits, “Americans are paying artificially high rates in order to subsidize special breaks for sports leagues. That means you may be paying a slightly higher tax rate than is necessary to subsidize Jerry Jones or Tiger Woods.”

As Coburn predicted in his U.S. News and World Report article, “The NFL would challenge this characterization, saying its teams are already tax-paying entities” and in a later article in the same periodical, the NFL’s tax lawyer, Jeremy Spector, did just that. The NFL believes that each of its 32 teams pays taxes, just like for-profit entities, and that the “league office acts as a trade association for the NFL clubs. In the same way that other trade associations support companies in other lines of business—it establishes rules and standard practices for its members, develops programs to help them run their operations more efficiently and profitably, and promotes the business in the broader community. Trade associations are nonprofit organizations. They don’t engage in any business activity.”

Still the NFL marches forward, citing that the distinct and separate League Office “does not receive income from game tickets, television contracts and the like, [and] its tax exemption does not apply to any of the profits earned in the NFL overall.” Coburn disagrees, stating that, “If its tax-exempt designation wasn’t helpful to owners and players, why would the league not give it up?” and believing that the resistance causes some concern.

Since the NFL is used to this game and the Senate is just getting underneath the issue, this match might just be “entering the first quarter,” and the NFL has home field advantage. —John Brothers