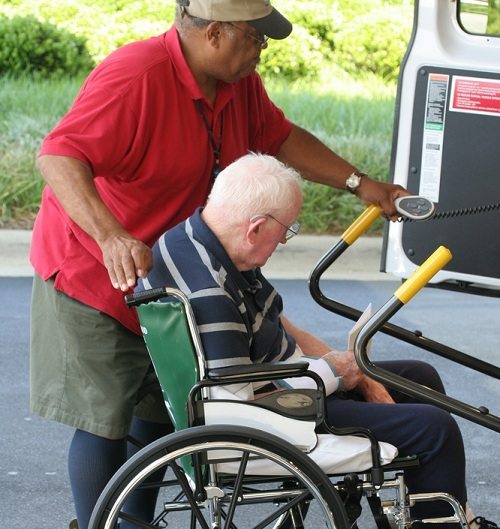 Seniors in Sussex County, Delaware may have a new way to get to doctors’ appointments and the grocery store. A small group is organizing to develop a senior transportation cooperative, to be called ITNSouthernDelaware, based on the volunteer-driven, nonprofit business model developed by ITNAmerica.

ITNAmerica, based out of Westbrook, Maine, bills itself as a “transportation solution for America’s aging population.” It provides a franchise-like template to affiliates across the United States that includes a business plan and timeline, budget models and consulting in the areas of staff development and fundraising, custom-built INTRides software, setup of a website and email, marketing support, and training—everything the founding board members in Delaware might need.

INTAmerica was founded in 2004 following a tragic accident; the founder’s three-year-old son was seriously injured when hit by a car driven by an 84-year-old. According to the organization’s website, Katherine Freund knew instinctively that seniors weren’t to blame for her son’s injuries; rather, such accidents were the result of a transportation system that did not meet the needs of an aging population. She founded ITNAmerica (Independent Transportation Network) to provide logistical, technological, financial, and policy-oriented solutions to the problem. ITNAmerica currently has at least twenty-four affiliate organizations and two pre-affiliates across the United States. Freund was named an Ashoka fellow in 2012.

The small group of individuals establishing ITNSouthernDelaware expects that seniors will pay a small fee of approximately $25 to join the cooperative. With a separate deposit of approximately $25, seniors would open and contribute to an account to be used for transportation services. Such services would be billed at approximately $1 a mile. Funds could be “gifted” to a senior’s account or transferred from one account to another. Drivers would also have an account. Instead of being paid in cash, drivers would receive credited miles (one mile driven equals one mile credited) to be used when drivers themselves needed the services. Both seniors and drivers would be properly vetted before being allowed to join.

A review of recent 990s forms from several other ITNAmerica affiliates suggests that $1-per-mile funds collected are used largely for program and management-related expenses such as staff, vehicle expenses, volunteer mileage reimbursement, affiliation fees, office expenses, insurance, advertising, and other such expenses.

ITNSouthernDelaware appears to be a much-needed solution to the problem of inadequate senior transportation. Sussex County and its coastal areas in particular have a slightly larger elderly population than the rest of the country. Twenty-seven percent of the County’s population is aged 55–74 and 9 percent is over 75 years of age, as compared to the national average of 15 and 7 percent, respectively.

As the saying goes, there are many roads to Rome. And, fortunately for Delaware’s senior population, there may soon be new ways to get to the grocery store.—Jennifer Amanda Jones