Sequestration Budget Planning: A Grim Picture for Those in Need 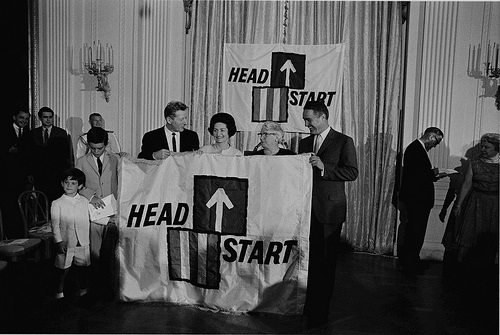 Wherever we look to find out about the impending impacts of sequestration in communities, one thing stands out: no one really knows, in part because the federal agencies haven’t clearly announced what they are going to do. So local agencies are guessing, trying to anticipate what might come down the pike, but a guessing game is a pretty poor substitute for budget planning.

The Northeast Missouri Community Action Agency is one of the anti-poverty-focused human services agencies looking for signs about the cuts it will have to make as its federal agency funders do their own retrenchment. The agency is no stranger to dealing with funding shortages. The front page of the NMCAA website presents an announcement that they spent all of their emergency utility assistance funding as of January 30th – with a couple of months of winter yet to go.

Looking into its foggy crystal ball for the post-sequestration future, NMCAA anticipates the following program cutbacks:

*Head Start: closing a Head Start center, even though it closed another one in FY 2012, amounting to a potential cut of $400,000 in Head Start funds in the past 18 months.

*Weatherization: According to the agency, “Missouri was ZERO funded by the federal government for FY13,” forcing NMCAA to use FY 2012 carryover money and utility company settlements to keep some threads of a program going. Its fear is that with sequestration, “5% of ZERO is still ZERO.”

In toto, due to sequestration, the loss of federal support in these four programs between FY 2013 and 2014, along with other independent federal budget cuts, would be approximately $910,000. Those are the numbers. Heather Rohn, the Outcomes/Quality Assurance Director of NMCAA, puts it differently: “This not about money; it is about people. The money lost by our agency really represents hundreds of families not receiving important quality of life resources.”

If you listen to federal lawmakers, somehow sequestration has been dismissed as rather inconsequential: Heck, it’s only a few percentage points of federal domestic spending. It’s obviously not a large enough cut to halt the economic recovery. The nation will survive it.

But that’s only if you aren’t a poor family living in or around Kirksville, Kahoka, Wayland, or Glenwood, Missouri having to deal with your utilities being turned off or suddenly having no Head Start facility for your kids. Sequestration may be inconsequential to some people, but not to those dependent on the federal safety net. —Rick Cohen