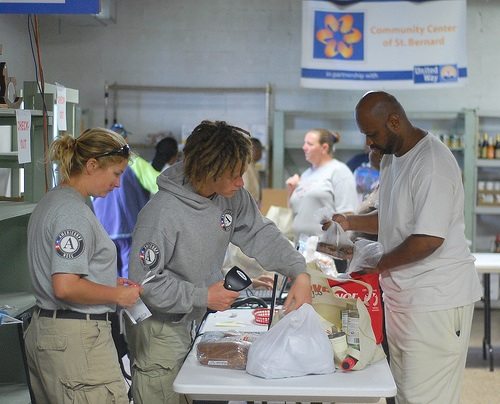 Given the across-the-board nature of budget sequestration cuts, unless Congress comes to an agreement fast, there is absolutely no field of nonprofit activities that will escape unscathed. But the impacts will play out differently from field to field. 2013 will be a truncated work year for federal agency administrators when it comes to developing strategies for dealing with budget sequestration. In terms of domestic program spending, the FY2013 budget would include a $53.573 billion cut. The sequester contains four categories of cuts for programs that, unlike Medicare and Social Security, were not exempted: roughly 9.4 percent cuts in discretionary military programs, 10 percent for mandatory military programs, 8.2 percent for discretionary domestic programs, and 7.6 percent for mandatory discretionary federal programs. The language of the legislation gives agencies some leeway in how they can implement the sequester. All of the cuts are, in some ways, moving targets, subject to how agencies choose to implement the sequester as it rolls out.

With the short timeframe left for FY2013 and the lack of a really detailed explanation of how the cuts might play out at different agencies, there is some leeway for guesstimating what might actually happen to a sequestered program or agency. Agency administrators and program directors now have to take on the core challenge of public administration: making hard decisions regarding the allocation of scarce resources. While the sequester might have been divined by our nation’s less than wise leaders as an across-the-board formula, agency heads will have to implement weakened programs as best they can.

For example, among the formula of budget sequestration’s across-the-board cuts, split 50-50 between military and non-military spending, AmeriCorps will likely lose out. This core program, supported and used by many nonprofits, will likely lose member slots—in the thousands—and in all likelihood there will be a reduction in the level of federal commitment to each AmeriCorps member. Young Invincibles and the National Priorities Project reported that the likely cut in the AmeriCorps program itself would be $38 million. Remember that AmeriCorps is actually a suite of programs, including AmeriCorps State and National, AmeriCorps VISTA, and the AmeriCorps National Civilian Community Corps. Any analysis of how to address the sequester must factor in the previous cuts in AmeriCorps funding (an eight percent cut to AmeriCorps State and National and a four percent cut to AmeriCorps VISTA between 2010 and 2012, all of which came within an overall 8.8 percent cut in the Corporation’s total budget, pre-sequester).

Although a $38 million cut is quite devastating for a small program, it is a far sight better than the House Republicans’ FY2013 budget proposal, which called for killing AmeriCorps entirely. Will the 8.2 percent cut be aimed at the AmeriCorps program or at the entire Corporation for National Community Service, allowing managers to develop a strategy for absorbing the budget cuts that protects some aspects of the program and perhaps sacrifices others? In fact, the Office of Management and Budget report on potential sequestration cuts basically divides the sequestration between $7 million in cuts to the Corporation’s salary and benefits and $79 million to its operating expenses.

There are choices. Last fall, the top human resources official at the Corporation for National and Community Service, Raymond Limon, said that the Corporation’s sequestration plan included cuts in its 600-person agency staffing only as a “last resort.” Among the strategies for absorbing the sequester’s impact might be “look[ing] at the contracts that are being done within the agency to find out what are flexibilities in delaying payments or requesting … a pause on the services.” That might help the Corporation, but it translates to a strategy of passing along the pain of the sequester to the agency’s nonprofit contract or grant recipients. Having nonprofits float the costs of operating their AmeriCorps programs through contract and reimbursement delays is a longstanding budget concern among nonprofits and hardly a strategy or precedent worth promoting.

So can we predict the behavior of Corporation leaders in terms of actual AmeriCorps slots? Does past behavior suggest future decision-making on the part of the Corporation? Consider these past budget increases and decreases, AmeriCorps National and State program decisions, and the Corporation’s proposed FY2013 budget request:

As the table shows, the agency administrators have some latitude in how they absorb budget increases and decreases. They can alter the number of AmeriCorps member placements, change the cost structure of what the Corporation (and nonfederal sources) will pay for, or alter how much the agency takes to cover other program costs. The same factors are in play in the wake of sequestration. A percentage budget cut doesn’t automatically translate into the same percentage reduction in AmeriCorps member slots.

AnnMaura Connolly, the chief strategy officer and executive vice president for City Year and president of Voices for Service, a national coalition of major AmeriCorps grantees, may have an insider’s perspective. On the Voices board are the CEOs of large AmeriCorps grantees that are extremely knowledgeable about Corporation for National and Community Service machinations. These board members include Wendy Kopp (Teach for America), Michael Brown (City Year), Dorothy Stoneman (Youthbuild), Paul Schmitz (Public Allies), and Eric Schwarz (Citizen Schools), just to name a few.

On February 14th, Connolly tweeted, “#sequestration will cut 4,200 @americorps positions, reducing #nationalservice hours by 4.3million.” Maybe she knows pretty much what the Corporation will do in raw numbers, but the real effects will be at the community level. Which states, which localities, and which nonprofit sponsors and hosts will lose AmeriCorps members? Where will we see a decline in the lives of low- and moderate-income neighborhoods? We can guess based upon past decisions, but we don’t know for sure just yet.

FY2013 started in October 2012, and few federal agencies willingly rolled over and made cuts in anticipation of the White House and Congress being unable to agree on staving off the sequester’s meat cleaver approach to budget-making. Now, with a half year left, federal agencies will be innovating about how to make a full year’s worth of cuts in a half a year’s time (unless the warring parties choose to undo the sequester during the next negotiations around the continuing budget resolution, slated for late March).

We looked at AmeriCorps because it is a program widely used by a diverse array of national and local nonprofits from many fields of activity. For AmeriCorps and the Corporation for National and Community Service overall, the sequester will be a test of how to sustain a very popular program from serial congressional efforts to chip, chip, chip away at its funding mix. Every agency that gets hit by mandatory domestic spending cuts due to the sequester will be engaging in their own budgetary decision-making processes to determine how to protect critical social programs. –Rick Cohen