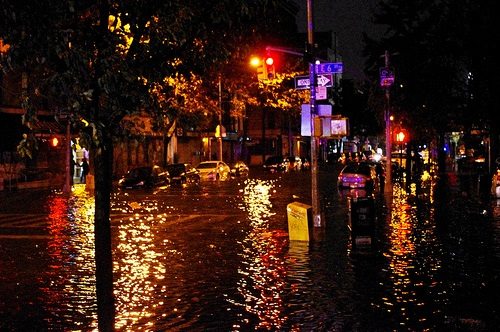 At the end of the day, the founders of the Hurricane Sandy Relief Fund have walked away from that endeavor without being indicted for anything, a year after the couple who founded the—as it turns out, unregistered—group agreed to shut down the charity.

The Asbury Park Press, which wrote this article, investigated the charity in 2013, finding that John Sandberg and Christina Terraccino who founded HSRF had not registered it with the state’s Charities Bureau and didn’t have the federal tax-exempt status they claimed on the group’s website. The couple also had claimed to be victims of Sandy, which was likewise untrue. According to reports, Sandberg had started buying more than 100 domain names for the charity before the storm even hit. In the end the charity took in more than $600,000 in donations.

As a result of the scrutiny, the Division of Consumer Affairs and the New Jersey Division of Law filed a civil lawsuit. A settlement reached in June of 2013 had the organization placed under the supervision of court-appointed administrator Nancy E. Kelly, an accountant, in order to close it responsibly. Kelly put out a request for proposals and basically either gave back or redistributed among aligned charities the money that had been raised—the last $100,000 of that has just been granted. The money refunded to donors last April was made up of approximately 2,000 contributions totaling $250,000 that were made through PayPal.

Sandberg and Terraccino are disallowed under the agreement from ever operating a Superstorm Sandy charity and barred for two years from serving in leadership positions in any other nonprofit in New Jersey. They were also required to repay more than $13,000 they spent of the proceeds.

NPQ has been watching as some states, like Florida, California, and New York, realize that they must get a grip on and fund the regulatory environment for nonprofits precisely because of this kind of stuff. It makes donors skeptical and cautious in their generosity—something none of us want to see happen.—Ruth McCambridge