Should Nonprofits Call for a New Stimulus Package? 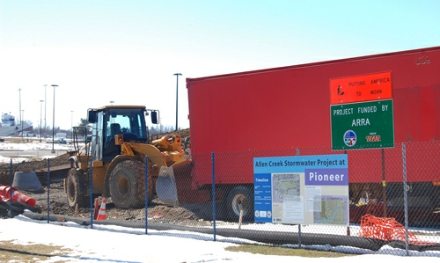 Needless to say, there’s little positive spirit about the direction of the national economy with three months of disappointing job reports, culminating in an increase in the unemployment rate to 8.2 percent. Consumer credit and consumer spending are also way below expectations, not a good sign either. This is election year, so it is unlikely that any stimulative measures will stagger through Congress to the president’s desk, at least until after November when a lame-duck Congress could do something.

Our guess is that economic indicators are heading downward, as 2012 shows itself as the one year in President Obama’s term where the administration has little it can do to spark better economic news and seems to be facing some internal team rifts over whether the Obama commitment to undo the Bush tax cuts for wealthy people should proceed.

Nonprofits know that many of the levers for quick economic changes are not sitting in the White House, but within the Federal Reserve Bank system. But Fed chairman Ben Bernanke doesn’t see the near term economic picture as particularly gloomy. Rather, while acknowledging that the European debt imbroglio could undermine this nation’s economic progress, he told a congressional committee that Fed economists think that the economy isn’t in dire shape and in fact might witness some “moderate growth” this year. Panicking he is not.

But the Fed’s economy-boosting strategy is anchored by its commitment to maintain rock bottom interest rates. With so tiny an economic return, people will choose to spend rather than save, which may be a boon of sorts to the economy, at least boosting short-term spending, but Gallup’s Frank Newport suggests that the low interest rates have hurt donations to charities. The Fed, however, is not budging from its monetary policy, instead suggesting, as Vice Chairman Janet Yellen said, more direct economic stimulus from the government, a position supported by the presidents of the Atlanta and San Francisco Fed districts.