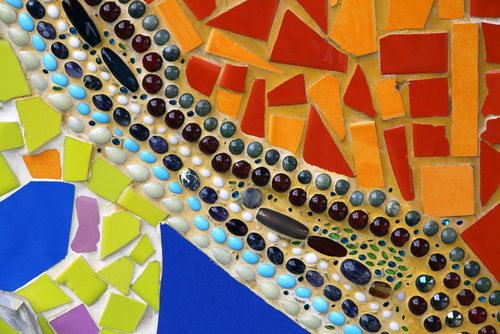 Rick Cohen will be liveblogging today from the conference of Exponent Philanthropy. Stay tuned for his installments.

When the thousand or so participants convene for the opening plenary of the Exponent Philanthropy national conference this morning in Washington, D.C., some might ask about the new name for the organization that used to be known as the Association of Small Foundations. Partly, the new name reflects a membership that is not only private foundations with few or no staff, but philanthropists working through a variety of giving vehicles—private foundations, donor advised funds, giving circles, and more.

“They are agile, close to the ground, and responsive to their community’s needs. They are passionate and knowledgeable about the causes they choose to fund. Their giving is decidedly personal.”

In an interview with the Cohen Report, Berman called his membership “lunchbucket philanthropists”—givers who certainly tend to be affluent but typically work “hand in hand with their grantees.” In contrast to the inevitable top-down dynamic with larger foundations, Berman describes a more street-level philanthropy practiced by these thinly staffed individual and institutional givers. “Horizontal is the new vertical,” Berman explained.

We see something else that we will be exploring today and tomorrow in interviews with participants at the Exponent Philanthropy national meeting: the value of “agile,” “lean,” “nimble” philanthropy—all terms that Berman uses. “Small funders who have the freedom to take thoughtful risks.”

There are probably upsides and cautions to be considered, but some of the most historically important philanthropy of the modern era involved just this kind of giving. In a webinar held by the National Committee for Responsive Philanthropy last week on the philanthropic roles of foundations such as New World, Taconic, and Field in the early days of the civil rights movement of the 1950s and 1960s, current New World Foundation president and CEO Colin Greer characterized these funders as “led by individuals who had the complete and total authority of their boards” with “no bureaucracies” so that they “could make overnight decisions.”

In the webinar, Gara LaMarche of the Democracy Alliance, formerly with the Open Society Institute and with Atlantic Philanthropies, noted that these civil rights funders were generally smaller family foundations rather than large institutional funders, able to deploy small amounts of money at critical times as needed by civil rights leaders. Because these funders had personal relationships with the civil rights leaders, according to LaMarche, they were able to take their cues from them.

The critical question may be the need for small grants. They may be “uneconomic” for large funders who focus their grantmaking on nonprofits of significant scale, even to the point of turning down opportunities to fund smaller organizations because they cannot (in theory) absorb the larger grant amounts. Berman describes the critical role of small startup grants for nonprofits, which smaller funders can make available to new, young, riskier groups that may not be able to make it through the vetting of large foundations looking for significant track records and structures of their accountability due diligence. Working on the ground level, these small funders might not have—or even be all that interested in spending a lot of time on—the magic philanthropic elixir of metrics. Berman says that these small funders can be thought of as beta-testers—able to take risks, but unlike many bureaucratic foundations, able to “own” the mistakes and learn from them.

Making small grants as needed to launch and support programs of high risk means not getting bogged down with bureaucracy. In Exponent Philanthropy’s latest Foundation Operations and Management Report, the median grant size in FY2012 was only $15,415, though the median grant size was higher for the larger foundations in the survey: $27,906 for foundations with assets between $25 million and $49.9 million and $36,513 for foundations with asset levels greater than $50 million.

Small grants from small foundations are not ideal, to be sure. In the NCRP webinar, Greer warned that small grants could simply “replicate inequality on the ground”—that is, provide inadequate resources to nonprofits that would get larger amounts if not for their support for unpopular causes, such as civil rights advocacy in the 1960s. Which larger institutional foundations are really going to take a dive into the risk of funding grassroots nonprofits that take on contentious causes and sometimes support unpopular constituencies? It’s the small funders who will often pay attention to issues and places that larger funders seem wont to overlook.

This doesn’t exempt small grantmakers from smart and accountable grantmaking. The onus is still on them, no less than large foundations, to opt for general operating support grants rather than narrow, project- or program-restricted grants. They shouldn’t be nickel-and-diming grantees on their administrative overheads, especially if the grantmakers are concerned about nonprofit sustainability. Those small grants from small grantmakers ought to be opportunities for donors to help grantees link up with other funders and leverage funding that they couldn’t have gotten otherwise.

The horizontal philanthropy that Berman describes is exemplified in the histories of several small foundations. One is the Lia Fund, a small West Coast foundation that recently sunsetted after devoting its grantmaking to climate change, holistic health, and community arts. With grants largely in the $5,000 to $25,000 range, the Lia Fund provided general operating and multi-year grants to nonprofits that focused on trying to promote systemic change. A retrospective report on the fund highlighted qualities that fit the small grantmaker dynamic lauded by both Berman and Greer:

Lia’s grantmaking was only $5 million between 2007 and 2013, but a look at the list of Lia grantees indicates many organizations that were unlikely to get much attention from larger institutional foundations for their often challenging, hardly mainstream programs. But that is what a small funder, if open to a community’s nonprofit creativity, can accomplish and do well.

The challenge to the philanthropists attending the Exponent Philanthropy annual meeting is not simply one of whether they are functioning as nimble and responsive grantmakers, but whether they are using those characteristics to be attentive to the major issues of the day that are rending our society apart. The Lia Fund, despite small funding, is an example of a small funder willing to address societal issues like climate change. Are the Exponent Philanthropy funders going to be similarly attentive to issues of race, inequality, and violence?

Are these funders prepared for such issues as the social disruption in Ferguson? Berman said that for these funders, “It’s almost too late to be thinking of what philanthropy should be doing, but what are we doing to avoid the future Fergusons of the world.” In a special exhibit of 40 Exponent Philanthropy member foundations titled “Hall of Outsized Impact,” hopefully there will be philanthropists presented demonstrating how their nimble and agile grantmaking takes on the underlying issues that are evident in Ferguson and in so many communities, in which these small funders, through their ability to provide grants quickly and personally, can make a difference in the social dynamics that many larger foundations simply cannot address through their more cumbersome bureaucratic procedures.