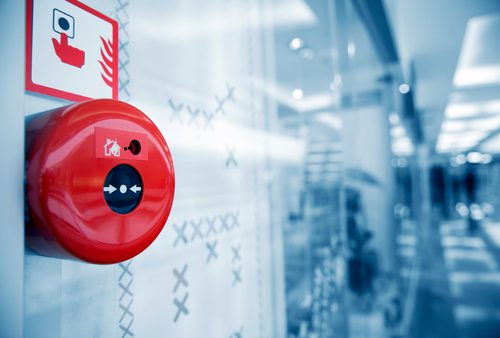 NPQ often wonders how deep the layers of belief and semi-belief go when consultants and thought leaders get revved up behind another brave new approach to philanthropy. Endless workshops and harangues about data and strategy and metrics might make you believe that everyone has signed the blood pact to a more scientific (read “rationalistic”) approach, but…

The survey looked at five “hot button” issues: strategic philanthropy, funder collaboration, evidence based philanthropy, general operating support, and investment policies. In answer to two other questions, they revealed that they believe that nonprofits are generally well run, and that they more often choose grantees and stay with them than respond to requests from organizations they do not know.

Overall, we think that the responses below show the great good sense of the bulk of the foundation community, but we are sure that there are many others for whom this is just more proof of the need to educate them.

Here is how Foundation Source’s press release stated the findings:

Context: There is ongoing debate about how foundations should work with nonprofits to solve social problems and effect change. Some experts, like William Schambra of the Hudson Institute in Washington, D.C., argue that foundations “should just write checks” and let the nonprofits do what they’re good at. Others, like Paul Brest, former president of the Hewlett Foundation and co-author of Money Well Spent: A Strategic Plan for Smart Philanthropy, believe that foundations should drive the agenda, asking nonprofits to carry out their vision.

Our survey found: Most of our clients trust their nonprofit grantees to take the lead. Just 22.5 percent opted for a more entrepreneurial approach, agreeing that, “Foundations should direct nonprofits to carry out the foundation’s own vision and ideas.” An overwhelming majority of survey respondents (77.5 percent) agreed with this statement: “Foundations should support nonprofits without telling them what to do because it negates the value of nonprofits’ ‘on the ground’ knowledge.”

Context: In philanthropy circles, collaboration among foundations for greater impact is viewed to be a “transformative trend.” But to what extent do private foundations currently collaborate?

Context: Many in the philanthropic sector believe that if nonprofits could provide hard evidence of results, donors would give more to the best performing organizations, thereby increasing impact in the sector. Indeed, this assumption is the basis for Charity Navigator’s new direction, which enjoins nonprofits to report their results. However, there’s been considerable debate in the media as to whether reporting results is likely to influence donor behavior.

Our survey found: Evidence of results is important to donors, but they put more faith in their own experience. When asked, “What is the most important factor in determining whether to grant to a nonprofit?” 37.4 percent said “personal knowledge of/previous experience with the organization.”

“Clear evidence of demonstrable impact” (25.6 percent) was the second most popular response.

Our survey found: Nearly half of the foundations responding to our survey said they provide unrestricted, general operating grants: 48.7% of respondents “typically provide general support to nonprofits without restrictions.”

It’s no surprise that impact investing, the practice of investing a foundation’s assets to generate a positive social or environmental impact in addition to providing financial returns, is a hot topic. What is surprising is how highly the “social dividends” are valued:

Nearly half of our survey sample said the social impact of their investments mattered more to them than the financial returns. Although the majority (53.9 percent) said “getting the greatest returns on our investment” was of prime importance, 46.1 percent said “choosing investments that further our foundation’s mission” was even more important.

FOUNDATIONS FIND THEIR OWN GRANTEES AND ARE LOYAL TO THEM

Foundations prefer to find grantees themselves, rather than solicit grant requests. When asked, “How do you typically identify organizations for potential grants?” 85.6 percent said, “We mostly find and choose organizations ourselves.” Just 7.9 percent said, “We mostly fund organizations that submit proposals/requests to our foundation” (6.4 percent provided other responses). And once funders find nonprofits that they trust, they tend to repeat their grants. Almost two thirds of respondents estimated that at least 75% of their annual grantmaking went to the organizations they had supported in the prior year.

Although some have charged that charities are “where business-like efficiency goes to die,” donors in our survey think well of nonprofit leadership. When asked, “How well run are nonprofits?” 96.4 percent of respondents ranked them between “fair” and “excellent.”

NPQ realizes that this is a very small survey, but over the last decade we have published any number of studies that show that donors as a group are not giving from a skeptical place, and even that when they’re pushed to be skeptical, they give less. The judgment they apply to their grantmaking, in many cases, has as much or more to do with what they see and experience in their communities as what the organization can prove as quantifiable, benchmarked results.

Communities have been indicating to us all for a few years that they value enterprises that they see adding to community health and well-being. Some, as we have written, consider the local bookstore in that light, despite the fact that it is for-profit. There is no question that there are nonprofits out there that violate or do not respect the public trust, and donors should help expose them to others in the community. There is no doubt that donors should be alert for attempts to sell them a bill of goods in a questionable approach to a problem, and it is essential for all of us to keep raising critical questions, even about such popular approaches as Teach for America and DARE. But in our opinion, the drive to make donors look at social enterprise without seeing the core value of deep stakeholder engagement as a primary determining factor is a piece of cold folly.