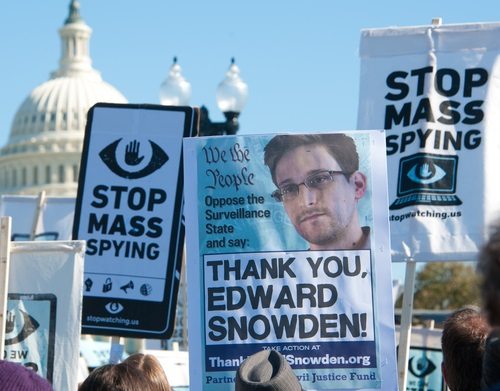 Two Norwegian politicians, Baard Vegar Solhjell and Snorre Valen, have nominated Edward Snowden for the Nobel Peace Prize. Snowden is, of course the former NSA contractor who, in one revelation after another, leaked documents about the surveillance practices of the United States.

The pair of members of the Socialist Left Party wrote a nomination letter that reads, in part, “There is no doubt that the actions of Edward Snowden may have damaged the security interests of several nations in the short term. We are, however, convinced that the public debate and changes in policy that have followed in the wake of Snowden’s whistleblowing has contributed to a more stable and peaceful world order. His actions have in effect led to the reintroduction of trust and transparency as a leading principle in global security policies.”

There will no doubt be hundreds of nominees this year, as usual, but Snowden would be a notable choice for many reasons, especially, as Brian Fung of the Washington Post suggests, for the juxtaposition with Obama’s win of a few years ago. —Ruth McCambridge