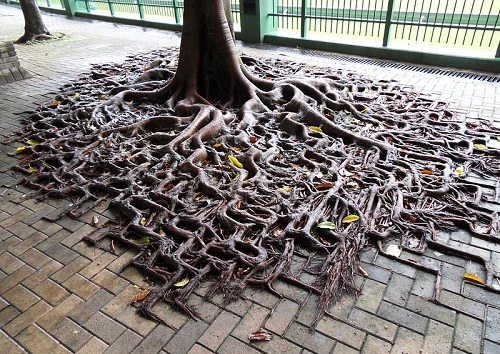 This article was submitted to NPQ as a response to two of Rick Cohen’s articles, “Social Impact Bonds Not Well Received at Senate Budget Hearings” and “Bumps and Slowdowns in UK Social Impact Bonds.” We are glad to print it here to advance a healthy dialogue on the issue—and that includes disagreement. We encourage you to read all three and please chime in with your thoughts.

Those of us with Google Alerts tuned to Social Impact Bonds, or SIBs, have found our in-boxes busier than ever in recent weeks. Toward the end of April, the UK government announced that the world’s first SIB, at Peterborough prison, would wind down early because the government would be financing the program itself starting in 2015. Barely a week later, there were Senate hearings on SIBs, which we found to be both balanced and intelligent, so we were surprised to discover that Rick Cohen seemed to have a different impression.

Now seems like a good opportunity to reflect on questions and concerns regarding SIBs. We at Social Finance share some observers’ worry about the gap between the hype and the reality of SIBs. Senator Angus King’s question, voiced at the Senate hearings, “Why doesn’t the government try to get it right?”—instead of financing social programs with private capital—resonates with us as well. And we understand Senator Kelly Ayotte’s puzzlement when she wondered aloud why the Massachusetts SIB involved $12 million in private capital but $27 million of outcome payments.

We view this as part of a healthy dialogue on an innovative and new mechanism to re-imagine the role of capital markets in social services; we welcome and even share many of these questions and concerns. The Senate hearings were an important part of this dialogue, in which senators posed questions that deserve a more thorough response than the limited time frame and format of the hearings allowed.

Do SIBs save the government money?

Senator Ayotte’s question about the $12 million to $27 million gap is the most easily answered, but unfortunately the Senate hearings did not allow time for a full response. The Massachusetts project involves $12 million in private capital, plus $6 million in recoverable grants (philanthropic grants that will be recycled for other philanthropic purposes). The $27 million is the maximum outcomes payment possible under the contract; at this level, the state would realize around $18 million in net savings—after the outcome payments have been made.

Indeed, a hallmark of all SIBs, including the New York State Social Impact Partnership led by Social Finance US, is the understanding that performance-based outcomes payments from government never exceed the savings and benefits accruing to the public sector. In the New York State project, for example, should a 40 percent reduction in prison recidivism be achieved, the outcome payments would total $21.54 million while the public sector benefits total $37.34 million. These numbers should lay to rest the suggestion that SIBs do not deliver cost savings.

Two of the Senate witnesses, who worked on a SIB analysis for the state of Maryland that recommended against the use of SIBs, referenced their report in citing a lack of cost savings. However, we challenge some of this report’s key assumptions, including those around marginal costs, multiple streams of value, recidivism and victimization reduction, and target population. The report assumes, for example, that a SIB would be focused on offenders with the average recidivism rate. However, a SIB targeting higher risk individuals (like those in Massachusetts and New York) would yield a larger absolute reduction in recidivism and, thus, more savings.

Also, SIBs are about much more than short-term savings. As Senator Mark Warner observed at the hearings, SIBs are “designed to ensure that government only pays for what works.” This stands in stark contrast to the “base budgeting” norm, which is framed by the prior year’s funding level rather than outcomes. Referring to base budgeting, Senator Ayotte quoted Ronald Reagan’s remark that “There’s nothing closer to eternal life than a government program.” SIBs are designed to break this mold.

SIBs also support evidence-based spending patterns and incentivize public-private partnerships. The Peterborough SIB, for example, is ending early not because it hasn’t worked, but because it has. Partly thanks to the SIB-financed project, government has become convinced of the value of funding reentry services for all short-term ex-offenders like those being served at Peterborough, and is taking on the responsibility for funding nationwide programs in the future. As Professor Jeff Liebman noted at the Senate hearings, SIBs are “useful for breaking through…obstacles to reform.”

And perhaps most important, short- to medium-term cost savings are only one aspect of the social and economic value that SIBs can deliver. We can monetize the budgetary savings achieved when SIB-financed support services succeed in keeping an ex-prisoner out of prison and gainfully employed over a 3-5 year time frame. What is left out of that equation, though, is the broader social improvement that derives from lower crime and a more productive citizenry.

Senator King suggested that the only way SIBs would work was if the funders took on substantial risk—for which they would expect to be compensated by a substantial risk premium, i.e., high returns on their investment. In a similar vein, some articles about the Peterborough events have suggested that future investors will be deterred from participating in future SIBs because of the early winding-down of Peterborough.

In fact, these statements reflect a misunderstanding of the motives of SIB investors. SIBs do not and should not appeal to finance-first investors, who are primarily motivated by profit maximization. Rather, SIBs are designed for double bottom line or impact investors, who seek social value alongside financial value. As Bank of America Merrill Lynch Managing Director Liam O’Neil recently remarked of their participation in the NYS project, “We were increasingly being told by our clients that they wanted their investments to be reflective of their values.”

Thus, expected returns on the Massachusetts and New York State transactions are in the low-to-mid-single digit range, which does not reflect a substantial risk premium. And from the Peterborough investors’ point of view, if the SIB contributed to government policy reform that removed the need for SIB financing, that is definitely a win.

Senator Ayotte worried, quite rightly, about the complexity of SIBs and the resultant demand on scarce government resources to structure and manage the projects. One of the witnesses argued that smallish pilot programs like Peterborough do not generate “significant” cost savings.

But this is the very nature of pilot programs and new models; as Senator Warner pointed out, SIBs are “a tool to leverage innovation.” Senator Whitehouse underlined this by commenting that government doesn’t do the “prototyping function” very well. In fact, all of the witnesses agreed that SIBs facilitate the innovation process by bringing in private capital to shoulder the risks of innovation. If all goes well and the SIB proves the value of up-front investment in preventative social services, then these services will become policy and the SIB financing is no longer needed. As in the Peterborough case, this counts as a win.

Why doesn’t government do this itself?

We wish they would. If government fully funded effective, evidence-based social programs aimed at preventing the emergence of serious problems like homelessness and substance abuse, then SIBs wouldn’t exist – and the world would be a better place.

But the fact is that they don’t. The Nurse-Family Partnership, which provides home visiting services to low-income, first –time mothers, is one of the most effective service providers in the U.S. As columnist Nicholas Kristof wrote in the New York Times,

This organization sends nurses to visit poor, vulnerable women who are pregnant for the first time. The nurse warns against smoking and alcohol and drug abuse, and later encourages breast-feeding and good nutrition, while coaxing mothers to cuddle their children and read to them. This program continues until the child is 2.

For all of its clear value, however, Nurse-Family Partnership only has the resources to serve four to five percent of its target population every year.

In the absence of adequate funding from government and philanthropy – in the imperfect world that we inhabit – there is a role for private capital to help fill this gap.

Finally, let’s agree to retire the “silver bullet” charge once and for all. Those of us with knowledge and experience in the SIB market have never and will never assert that SIBs are a silver bullet for all social problems; this is nothing more than a straw man that SIB opponents like to use. Let’s agree to free our future dialogue of empty claims, hype and hyperbole—for the benefit of all.

In this frame of mind, we welcome the probing questions that have arisen around the Senate hearings and Peterborough announcement, and we appreciate the opportunity to add our thoughts. SIBs embody a new approach to private-public partnerships, so the field is enriched each and every time a creative dialogue emerges.