Social Media 101: Be Careful What You Ask For 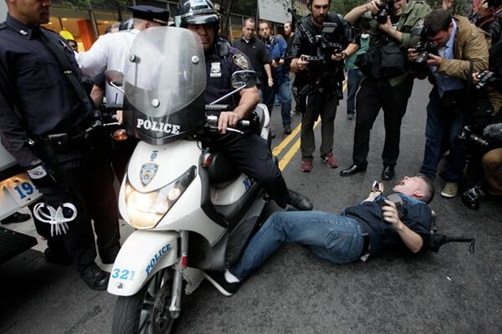 Let’s assume that you have the best of intentions at creating dialogue between your institution and its community. You know that some people do not like the way they have been treated by you in the past, but what the heck! It’s a new day! Let’s get on Twitter!

So thought the NYPD when, on Tuesday, they invited their public to engage with them in an “Officer Friendly” love-fest on Twitter by posting selfies posed with New York’s finest. Instead, what they got back was a ready flood of tweeted pics of New York’s finest brutalizing the public (and the public’s dogs). By Wednesday morning, there were 70,000 posts. It was the biggest trender on Twitter, drowning out Earth Day. 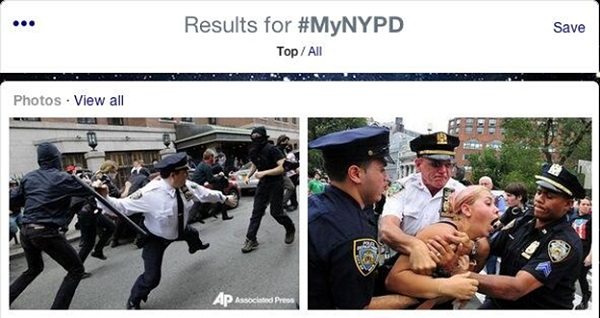 On #myNYPD are pictures of police taking their batons to protestors, shooting a dog, pulling a woman’s hair, pepper-spraying what looks to be a crowd of people engaging in a sit-in, taking down an 84-year-old who was being arrested for jaywalking and apparently running a motorcycle over someone’s leg. 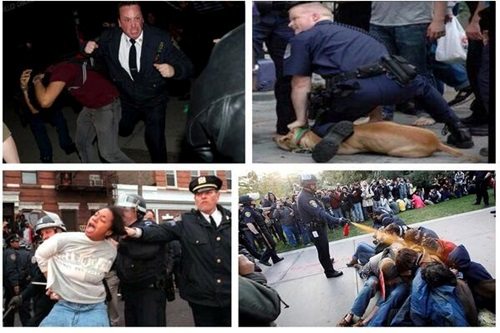 Because who, after all, feels so passionately about the police that they have pictures easily at hand as those who have witnessed and recorded a negative interaction?

The epic fail comes at a time when new Police Commissioner William Bratton has been working at rebranding in the face of criticism that it has been violating people’s civil rights. Bratton said that the reaction was not anticipated. Really? Who does he have working in his communications area?

Anthony Rotolo, a professor of digital communications at Syracuse University, observed, “A lot of time the eagerness to embrace social media tools overshadows our common sense…In other types of media, we would not so quickly jump to something like this without doing our groundwork first.”

“This is just part of a long line of Twitter fails,” says Aram Sinnreich, a social media expert at Rutgers University School of Communication and Information in New Brunswick, New Jersey. “These continue to happen when organizations try to use a social network for their public relations efforts without putting much effort into it.”

“The funny thing about it is that whoever is advising these organizations never seems to learn,” says Professor Sinnreich. “What’s happened over and over again is that these inorganic, inauthentic efforts to create viral social memes in the form of hashtags have backfired.”

The Department is handling it well on the surface, saying that although they did not anticipate the reaction, they welcome the opportunity to engage. Perhaps, though, they might also think about other measures that may need taking.—Ruth McCambridge