Social Media Policies: The Case of the Turtle Creek Chorale 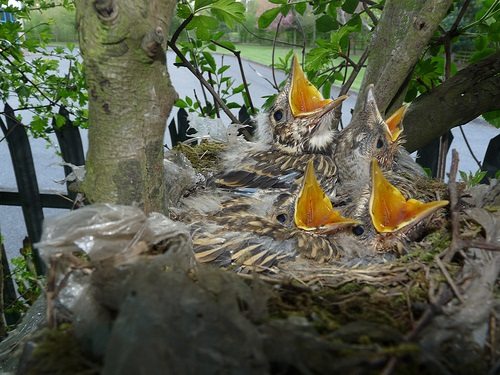 Members of the Turtle Creek Chorale, a thirty-four-year-old predominantly gay group with more than 200 performers, are using social media platforms like Facebook to voice their frustrations about the organization and its social media policies. The Chorale is not alone in its struggles to perfect a social media policy; many nonprofits are wondering how to write these short but complicated documents.

Social media policies are not simple. It is a relatively new workplace policy and much confusion exists about what employers can and cannot include. Daniel Handman gives a clear overview of the unclear direction coming out of the federal government. He notes that the Food and Drug Administration and the Securities and Exchange Commission have weighed in. He also notes that the guidance from the National Labor Relations Review Board has been extensive, but sometimes counterintuitive and contradictory. Handman writes, “Because of the NLRB’s lack of clarity, employers have largely been left to guess whether their policies run afoul of its dictates.” The NLRB has issued several key, must-read reports on social media policies over the last few years.

According to the Dallas Voice, the Chorale’s social media policy offered “guidelines when ‘participating in social networking sites and/or engaging in other forms of Internet use on behalf of TCC.’” The policy stated that the use of Facebook, Twitter, blogs, chat rooms, or ‘any other electronic to print communication format’ shouldn’t ‘harm the goodwill or reputation of TCC,’ share confidential TCC information or harass members or others associated with TCC. TCC members and staff who violate the policy are ‘subject to disciplinary action, up to and including termination of membership or employment.’” These guidelines do not apply to members’ personal sites.

At first blush, the chorale’s policies may seem benign but, over the past few years, these policies have caused contention when members have used the chorale’s social media sites to voice complaints about rehearsals and fundraising/ticket-sale expectations. Most recently, members engaged in an online debate about whether to play at the inauguration of the Dallas City Council, even though the council had not passed a resolution supporting marriage equality. As per the chorale’s policies, such debates were deleted from the organization’s official sites and then, as one might image, were later continued on members’ personal sites. The perceived silencing of debate did not sit well among chorale members. As one anonymous member suggested to the Dallas Voice, “Why not attempt to fix what people are complaining about instead of silencing the people complaining? They go online to post something and to start discussion, they get shut down and then there’s not an outlet.”

Given the dearth of clear guidance and the potential volatility of the situation, as the case of the Turtle Creek Chorale warns, Handman suggests that social media policies be based on the value of respect. This includes respect for the organization, respect for the individual staff and volunteers, and respect for the constituents. He breaks respect into an acronym:

Given the changing landscape of social media and the still emerging and often unclear direction coming out of the federal government, respect might be one of the best ways to frame a social media policy. Let’s hope it’s not too late for the Turtle Creek Chorale.—Jennifer Amanda Jones