Some Ballot Initiatives on Nonprofit Issues and Priorities for Election Day 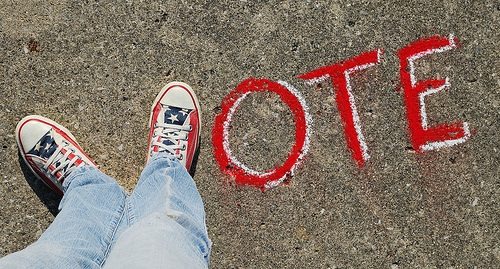 The Washington Post reports that there are 147 ballot measures to be voted on in 41 states today. Many are of significance to nonprofits—or they should be.

Initiatives to raise the minimum wage are on the ballot in four states, and in a fifth state, Illinois, there is a non-binding ballot question. They don’t call for huge wage increases—for Alaska, up to $8.75/hour in 2015 and then to $9.75 in 2016; in Arkansas, to a measly $7.50 in 2015, $8.00 in 2016, and $8.50 in 2017; in Nebraska, to $8.00/hour in 2015 and $9.00 in 2016; and in South Dakota, $8.50/hour by next year. Illinoisans will be asked their opinion about a potential increase to $10.00/hour. It is difficult to imagine who might be voting to keep the minimum wage of Arkansas at $7.25/hour and what their rationales might be, but there are probably some who hold an arcane view of income and families and how people survive on extraordinarily low minimum wage incomes. In a related vein, Massachusetts voters will be able to decide about paid sick leave, a policy so far only approved in two other states: Connecticut and California.

Oregon, Alaska, and the District of Columbia have already decriminalized the use of marijuana, but all three have ballot initiatives today that would actually legalize the use of specific amounts of marijuana beyond medical purposes. ABC News reports that the inimitable Snoop Dogg has promised to hold a “wellness retreat concert” in Alaska if the initiative passes there.

Abortion rights issues generally make it to ballots in a number of states, but in Colorado and South Dakota, the initiatives would establish when life starts—the so-called “personhood” issue. South Dakota’s initiative defines life as starting at the beginning of conception, from which point there would be an “unalienable right to life” at every stage of the development of the fetus. Colorado would modify the state criminal code to include unborn human beings in addition to “person” and “child” in the state statutes. Falling far short of personhood questions, Illinois voters will be asked in a non-binding vote whether contraceptive coverage should be covered under health insurance plans’ prescription drug policies.

Marijuana, minimum wage, and “personhood” initiatives get a lot of the ballot initiative commentary, but less publicized but equally important are initiatives dealing with taxes, getting voters to weigh in on how much government they both want and are willing to pay for from their taxes. According to a report from the Christian Science Monitor, “Many of the 16 tax-related initiatives seem designed more to generate voter turnout (on both on the left and the right) than to influence tax policy.” However, the Monitor article notes that these initiatives could have an effect on legislative decisions in the future. Among the particularly interesting ones are a proposed two percent margin tax in Nevada on businesses with over $1m in total revenue; in Tennessee, a proposed constitutional amendment that would prohibit a broad-based income tax over the state’s current structure of taxing only interest and dividends; a three percent surtax on incomes over $1m to support schools in Illinois; and in Oregon and Alaska, the marijuana ballot initiatives including language about taxing legalized weed.

There should be a nonprofit imperative at the ballot box that goes beyond voting for candidates, but voting on issues. Whether ballot initiatives are deemed appropriate or overused and constraining, they cannot be ignored on November 4th.—Rick Cohen