The Sophisticated US Healthcare System Has a Shortage of Generic Drugs 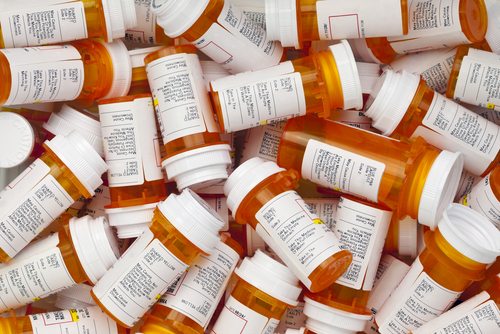 The U.S. has one of the most sophisticated healthcare systems in the world, and invents more drugs than any other country in the world. It therefore stands to reason that, financial accessibility aside, U.S. hospitals should have access to any and all drugs they need to treat their patients—but this is not the case. In fact, hospitals around the world face shortages of the most basic medicines, threatening the lives of vulnerable patients.

The FDA maintains a database of drug shortages faced in the U.S., and it’s an alarming list. Three types of penicillin, including benzathine penicillin G, are listed as “currently in shortage.” Benzathine penicillin G is used to treat rheumatic heart failure, streptococcal infections, STIs, and other bacterial diseases. Other drugs on the shortage list include calcium chloride injections, epinephrine, sterile talc powder, saline, and sodium bicarbonate injections.

If those last two sound familiar, they should: they’re simple solutions made with water and salt or baking soda, respectively. Sodium bicarbonate solution is used in open heart surgery, as a poison antidote, in chemotherapy, and as a painkiller. Yet despite the extreme need for the solution and the wide availability of its ingredients, the FDA estimates that the U.S. will continue experiencing a shortage until at least December. One hospital in Alabama was forced to delay seven patients’ open heart procedures because it could not get a sufficient supply of sodium bicarbonate solution. How can that possibly be when the solution is so simple that desperate doctors in World War II mixed their own?

First, mixing one’s own is not an option anymore; the drugs and solutions are injected into sick patients’ bloodstreams, so they have to be pure and sterile. To make sodium bicarbonate, penicillin G, and other drugs, U.S. manufacturers like Pfizer get the ingredients from suppliers in foreign countries and mix the drugs at home. That means a number of factors can impede delivery.

Only four companies produce the base ingredient for benzathine penicillin G, and three of them are in China. In 2016, two manufacturers had to shut down production for 45 days due to pollution concerns. One of them, North China Pharmaceutical Group Semisyntech, was found in violation of manufacturing standards in 2014; the European Directorate for the Quality of Medicines revoked a number of Semisyntech’s quality standard certificates, exacerbating the shortage problem as far away as Brazil.

The other factor affecting drug shortages is, of course, money. The United States and other countries enforce price caps on drugs deemed to be essential, including, predictably, penicillin. NPQ has noted in the past how, without regulation, drug companies often increase prices by as much as ten times the production cost, putting them out of reach for many patients. Price caps help keep basic drugs available, not only to lower-income U.S. families, but to patients in developing countries. However, this means that drug companies make much more money from new drugs that treat rare diseases than they do from antibiotics, giving them less incentive to produce the basics.

“There is no money in penicillin,” says Amit Sengupta, the New Delhi-based global coordinator of the People’s Health Movement. A shot of benzathine penicillin G costs less than $2.00, and most infections like syphilis or strep throat are cured with a single shot. By contrast, treatment for rheumatoid arthritis can cost $30,000 a year; cancer treatments can cost $30,000 per month.

A study from the Journal of Human Pharmacology and Drug Therapy found that 87 percent of the drugs in short supply between 2001 and 2013 were generics, which are sold at lower cost than name-brand medications.

Drug shortages are not a problem that nonprofits or anyone else can afford to ignore. Rates of syphilis and other sexually transmitted infections (STIs) are on the rise; as NPQ has noted, a warming climate will only increase the rate of other bacterial infections as mosquito and tick habitats expand. Already, the U.S. Centers for Disease Control has recommended that doctors “refrain from the use of penicillin G benzathine (Bicillin L-A®) for treatment of other infectious diseases (e.g., streptococcal pharyngitis) where other effective antimicrobials are available.” However, research shows that using other, less effective treatments can exacerbate drug resistance in bacteria, which ultimately worsens the problem. The World Health Organization has named antibiotic resistance among the top three threats to global health.

The U.S. is vastly more fortunate than, say, Venezuela, where a collapsed economy has led patients to buy drugs on the black market. But the contrast between the innovative and illustrious reputation of U.S. health treatment and the frustrating shortage of something as simple as saline solution is indicative of a break somewhere in the system. This is the kind of problem the public sector often steps in to fix.—Erin Rubin