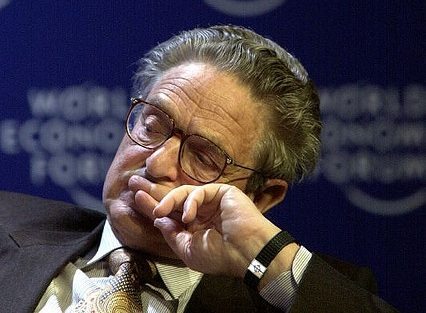 NPQ wrote a Newswire two days ago documenting the fact that there is some rumbling by Walmart workers that they may be getting ready to walk out right as the holiday buying season hits. Many others have reported this, but apparently Fox News sees the whole situation as a Soros-funded endeavor with MoveOn as an intermediary. Other right wing outlets are picking up the narrative.

America Live, Fox business contributor Stuart Varney is recorded in an interview saying “George Soros, through MoveOn.org, has sent out an email nationwide urging everybody who has an interest in this to turn up at a Walmart on Friday and demonstrate.” Media Matters reports that MoveOn says that it has not been funded by Soros since 2004. In fact, MoveOn says it is almost exclusively supported by its member community and that its average donation is around $20.

Soros has long played the role of boogey man for right-wing pundits. Remember a few years ago when police diverted a man when he tried to open fire at the offices of the Tides Foundation? He believed that that George Soros “owned” the Tides organizations – through which he is allegedly pursuing a leftist agenda to destroy America.