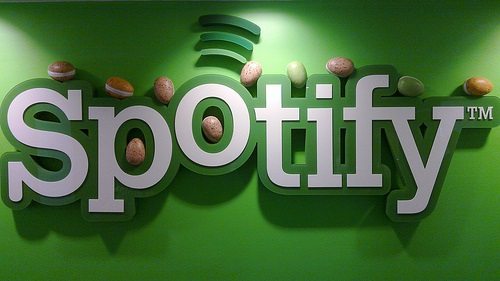 Spotify is one of today’s most popular online music streaming services, and the company is now launching its first charitable app, which aims to integrate giving with sharing and enjoying music. Spotify helped fund the Guilty Pledgers project, which was created by London creative agency Poke colleagues Andy Whitlock, Katy Theakston, and Ben Tomlinson. This new app could be the best of both worlds for online users that love music and charity.

The new app has a playful side to it, creating an online game that encourages users to give to get their favorite songs played. Via the app or the website, users can choose a charity to give to, and then start a fundraising party to share with friends. Online guests will then share their favorite songs by pledging a donation to add to the party playlist. The current minimum pledge is £2.

Guilty Pledgers describe the last step as simply enjoying the virtual house party. “The charity makes money, and everyone enjoys their guilty pleasures, without any guilt.”

“We think it’s a shame that guilt is often used cynically in charity marketing: Make people feel bad, then ask them for money to feel okay again,” states the application’s site. “We wanted to turn ‘offsetting guilt’ into something fun, where everyone gets to feel brilliant.”

Once the fundraising party is over, Guilty Pleasure adds up the proceeds and sends them to JustGiving, an organization that provides a secure way for donors to give to over 13,000 charities. Currently, Guilty Pledgers can only be used to raise money for charities that are registered with JustGiving, so they encourage nonprofits to register with the site to get supporters to use this new charity tool.—Aine Creedon