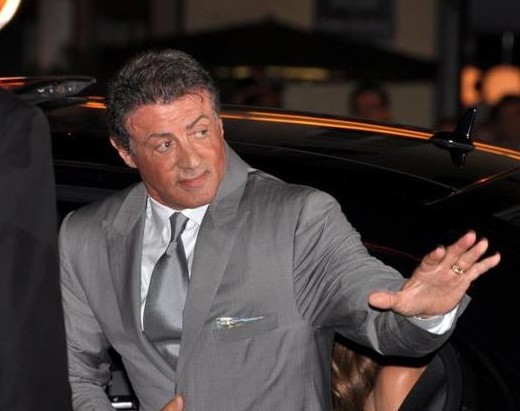 Trump’s attempt to tap Sylvester Stallone as the head of the National Endowment for the Arts has failed.

About this latest appointment offer, Jonathan Jones of the Guardian wrote:

It could also be a combination of pleasing Trump’s voters, giving the liberal arts community a scare—and perhaps even sucking up to Russia. For the most enthusiastic acclaim the actor’s paintings have received was a prestigious one-man exhibition at the State Russian Art Museum in St Petersburg, one of Russia’s great public galleries. You might even see Rambo as an inspiration for Vladimir Putin’s physique.

Stallone’s refusal came by way of a statement sent by his publicist to Variety:

I am incredibly flattered to have been suggested to be involved with the National Endowment of the Arts. However, I believe I could be more effective by bringing national attention to returning military personnel in an effort to find gainful employment, suitable housing and financial assistance these heroes respectfully deserve.

The Hill reports that Stallone said in January, “I love Donald Trump. He’s a great Dickensian character. You know what I mean? There are certain people like Arnold [Schwarzenegger], Babe Ruth, that are bigger than life.” He added, “But I don’t know how that translates to running the world.”

The National Endowment for the Arts has often been targeted for defunding by Republicans. It distributes about $150 million a year to arts organizations. This leads Jones to ask in the Guardian, “Who will take this poisoned chalice?”—Ruth McCambridge

More about: National Endowment for the ArtsNonprofit NewsPolicyPresident Donald Trump