Stars Speak Out on Gaza, Get Slammed by Critics 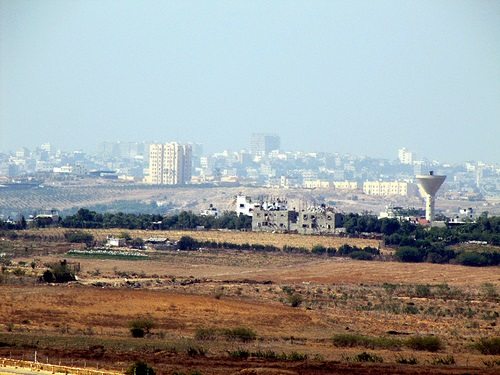 It was something of a surprise to see Mark Ruffalo’s face in a crowd of protesters from the Michigan Welfare Rights Organization and other groups calling for a moratorium on water shut-offs in Detroit. To his credit, his appearance was unexpected and not promoted like the protests of celebrities often are. The star of The Avengers and Now You See Me was standing with poor people in Detroit, who have gotten relatively little support from the mainstream political and philanthropic institutions that have steered clear of getting involved in the murkier aspects of the Detroit bankruptcy.

To our knowledge, since Ruffalo’s appearance in Detroit, he has issued no statements of apology or clarification in his assertion that water is a human right. Other Hollywood celebrities, however, have weighed in on issues that have received extensive coverage in the NPQ Newswire and have sometimes felt compelled to explain themselves in the wake of press criticism.

Javier Bardem and Penélope Cruz attracted a hornet’s nest of criticism for their signing an open letter that appeared in El Diario, a newspaper in Spain, condemning Israel’s campaign of “bombing by land, sea and air against the Palestinian civilian population in the Gaza Strip.” They were quickly accused of being anti-Semitic, prompting both Oscar winners to issue clarifying statements, in part because the open letter characterized Israel’s actions as genocide.

“My signature was solely meant as a plea for peace. Destruction and hatred only generate more hatred and destruction,” Bardem’s statement, titled “Plea for Peace,” read:

“While I was critical of the Israeli military response, I have great respect for the people of Israel and deep compassion for their losses. I am now being labeled by some as anti-Semitic, as is my wife—which is the antithesis of who we are as human beings. We detest anti-Semitism as much as we detest the horrible and painful consequences of war.”

The star of No Country for Old Men added, “I was raised to be against any act of violence, and the consequent suffering of humanity for it, regardless of religions, ethnicities and borders. Too many innocent Palestinian mothers have lost their children to this conflict. Too many innocent Israeli mothers share the same grief. There should not be any political reason that can justify such enormous pain on both sides.”

Cruz’s own statement read, “My only wish and intention in signing that group letter is the hope that there will be peace in both Israel and Gaza. I am hopeful all parties can agree to a cease-fire and there are no more innocent victims on either side of the border. I wish for unity, and peace.”

As much as the appearance of anti-Semitism in European protests is very troubling, as we have written, statements that criticize the extensive loss of civilian lives, including hundreds of children, as a result of the Israeli invasion of Gaza should not be automatically condemned as anti-Semitic. Time magazine noted recently that celebrities who have weighed in on the warfare in Gaza have encountered such virulent public ire that they have chosen to “walk back on—or delete—their original statements”

One source of reaction to Bardem and Cruz came from another Oscar-winning actor, Jon Voight (father of actress/activist Angelina Jolie), who linked their statement with anti-Semitism. “I am heartsick that people like Penélope Cruz and Javier Bardem could incite anti-Semitism all over the world and are oblivious to the damage they have caused,” Voight wrote. Describing a history of Palestinian attacks on Israelis, Voight said that Israel finally decided “enough is enough” and retaliated by attacking Gaza, but “instead of my peers sticking up for the only democratic country in that region, they go and take out poison letters against them.”

“You should hang your heads in shame,” Voight concluded, without addressing the issue that Bardem and Cruz raised about the huge numbers of civilian casualties, particularly children, in Gaza. “You should all come forth with deep regrets for what you did, and ask forgiveness from the suffering people in Israel.”

Madonna’s controversy simply resulted from her calling for peace, but with an accompanying photo quite in line with her public persona. On Instagram, Madonna wrote, “Cease Fire! Inshallah!!! Baruch Hashem!! Praise the Lord! #ceasefireforever #peaceinthemiddleeast #livingforlove.” She attracted a bit more controversy by posting a picture of her self with two shirtless men, one with a Star of David on his abs, the other with a star and crescent, with the Instagram message, “No Separation! We all bleed the same color! #ceasefire #peaceinthemiddleeast #livingforlove.”

Other celebs weighed in on social media, including Ruffalo who countered the Voight sentiment with a tweet that read, “Empathizing w/ Gaza does NOT make me anti-Semitic, nor pro-Hamas or anti-Israel. It makes me human.” Others, such as One Direction’s Zayn Malik, took to tweeting the #FreePalestine hashtag. Rihanna did the same, but quickly deleted her #FreePalestine tweet after getting barraged with social media criticism. Selena Gomez Instagrammed, “Please pray for those families and babies today. Please always remember what’s important in life. It’s not any of this. We are here to help, inspire and love. Be that change. #wearethenextgeneration” plus a caption on a picture that read “It’s about humanity. Pray for Gaza.”

Here’s the issue: Why shouldn’t celebrities take positions on critical issues? The criticism that Rihanna got was that she shouldn’t take public positions on political issues because of the influence she might have on her fans. When Cruz and Bardem signed the public letter in El Diario, a columnist for the Jerusalem Post questioned what they could possibly know about genocide. Selena Gomez’s tweet earned her the condemnation of Joan Rivers, who snottily responded, “Oh, yeah. Selena Gomez. That college grad,” and then suggested that Gomez probably couldn’t spell “Palestinian.” The reality is that standing up and speaking out comes with risk for celebrities.

It’s easy to imagine their PR handlers telling Bardem, Cruz, Rihanna, Gomez, and others to drop it because of the risk to their careers. Hollywood history is littered with careers destroyed because some celebrities believed strongly enough to stand up on critical issues—think of Paul Muni, the star of All Quiet on the Western Front, as a case in point. These stars weren’t speaking out on Detroit or Gaza because it was good press, but because of their deep commitment to the issues. In honor of Paul Muni, we stand by Madonna, Cruz, Bardem, and Ruffalo, and applaud for those who didn’t “tweet and delete” the courage of their convictions. Be citizens of the world and stand up for what you believe, even if doing will earn you publicity that your agents don’t particularly want to see.—Rick Cohen