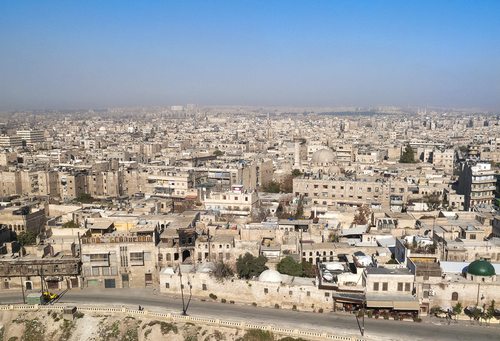 Here’s Bashar al-Assad’s unusual opening gambit at the peace talks in Geneva: the promise of more dead bodies. As of last week, the peace negotiators couldn’t even agree on how to get humanitarian aid to the largely rebel-held city of Homs, let alone figuring how to bring peace to this sorry, ravaged country.

Assad then doubled down on the peace negotiations by having his air force drop so-called “barrel bombs” on rebel-held areas of the city of Aleppo, killing 90 people, including perhaps a dozen children. Barrel bombs are loaded with explosives and shrapnel, designed to do incredible damage.

Humanitarian aid doesn’t seem to concern this murderous regime. After the last discussions, the Syrian government refused to commit to a continuation of the next phase of peace talks. President Obama’s years of confident assertions that world realities would bring Assad to peace negotiations and Syria to regime change simply haven’t been realized.

The reality is that the Syrian government is using humanitarian aid—or the deprivation of it—as a weapon against its own people. According to TIME, the Syrian government has been making the delivery of humanitarian aid as difficult as possible, “calling the delivery of aid to rebel areas from Turkey a breach of sovereignty, and threatening to expel any Damascus-based organizations that continue with their assistance programs in the north.”

The concept of “humanitarian disaster” is tossed around freely often without definition. In Syria, some statistics are telling and powerful. In addition to the well over 100,000 who have been killed, more than 575,000 Syrians have been wounded, many suffering amputations and more. Some sources say that 60 percent of hospitals and nearly 80 percent of ambulances have been damaged or destroyed. In Aleppo, Syria’s largest city, only 50 out of 5,000 doctors have not fled.

For the people of Homs, just as the current phase of peace talks concluded, the Syrian government prevented a United Nations truck convoy carrying food for some 2,500 people reach the Old City district. The Turkish Foreign Minister, Ahmet Davutoglu, described this as part of the regime’s “starvation strategy” against areas under attack by the Syrian government.

“The blocking of humanitarian aid and deliberate starvation of a civilian population is grotesque,” the U.K.’s Foreign Minister, William Hague, said in a statement. It is more than grotesque. Depriving besieged cities of access to food and water is a tactic that dates back to the Roman Empire and its medieval successors, though it was perfected in the Nazi sieges of Leningrad and Stalingrad. Add Assad to the list of rulers willing to use starvation sieges to bring enemies to capitulation. In Assad’s case, it’s his own people.—Rick Cohen