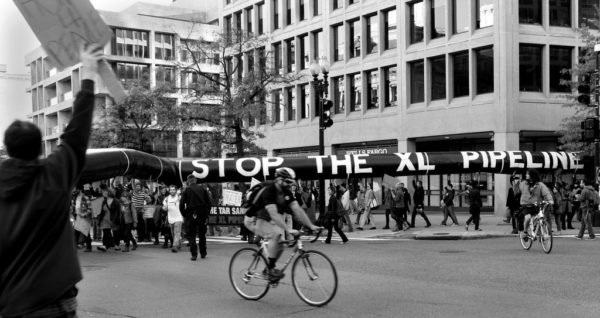 Early Friday morning, the State Department and TransCanada Pipeline Company announced that Phase IV of the Keystone XL oil pipeline from Hardesty, Alberta, Canada to Steele City, Nebraska has been approved for construction and federal permits have been issued. President Trump is expected to issue a formal announcement at 10:15 a.m. ET on Friday morning.

The Keystone XL pipeline has been a political issue for years, pitting environmental interests against business and energy interests. President Trump and Republicans made completing Keystone XL a campaign issue, especially following former Secretary of State Hillary Clinton’s reluctance to sign off on the project and the eventual decision by her successor, John Kerry, to deny the permit in late 2015.

The State Department’s move was expected not only because of campaign promises, but also because President Trump issued a presidential memorandum on January 24th directing the State Department to reach a decision within 60 days of TransCanada’s submitting an application to have a permit issued.

There are still hurdles to overcome in Phase IV construction, including state permits in Nebraska and the potential for lawsuits challenging the pipeline on environmental grounds. Tiernan Sittenfeld, senior vice president of government affairs at the League of Conservation Voters, said:

The Keystone XL tar sands pipeline was a terrible idea when it was first proposed nearly ten years ago, and it’s an even worse idea today. This dirty and dangerous export pipeline would run right through America’s heartland, threatening our water, our land, and our climate—all to pad the profits of a foreign oil company. […] This pipeline is all risk and no reward, and we will continue to fight it every step of the way.

For now, the business community is celebrating. U.S. Chamber of Commerce President Thomas Donohue said in a statement:

After many years of unfortunate delays and partisan posturing, Keystone XL pipeline finally got the green light it has long deserved. […] This pipeline, and countless other projects around the nation, will improve America’s energy security, create jobs, and help get the economy back on track.

Secretary of State Rex Tillerson recused himself from the State Department’s permit process owing to his recent role as head of ExxonMobil Corp.—Michael Wyland