State of the Union and Nonprofits: What about Us? 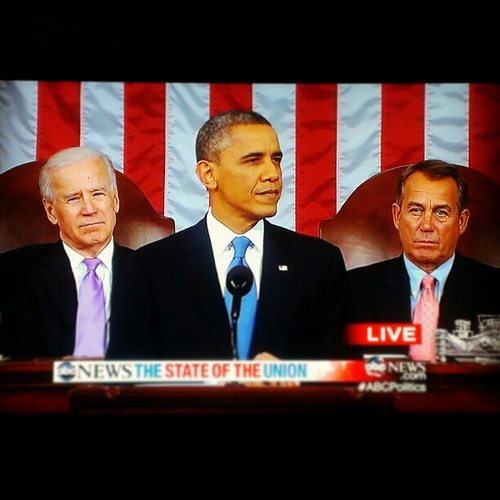 What did President Barack Obama say to the nonprofit sector last night? We listened hard and then we read the full text. Somehow, in addressing the economic revitalization of the U.S., the sector that employs 14 million people didn’t get a nod. In proposing specific economic development and job creating initiatives, the president proposed new tax credits for businesses and tax code simplifications for small businesses, but we missed the incentives for nonprofits to expand, hire, and develop their communities.

Maybe we could infer the central importance of nonprofits in the president’s vaguely stated plan “to partner with 20 of the hardest-hit towns in America to get these communities back on their feet.” Nonprofits would almost certainly be central players in the revitalization of places like Camden, N. J., Monroe, La., Valdosta, Calif., Reading, Pa., and Flint, Mich., not to mention Detroit, Mich.? You know it’s true, but nonprofits were MIA in the president’s speech.

Still, nonprofits probably found much in the State of the Union that they liked. Obama suggested that he would fight against a sequestration solution that protected military expenditures at the expense of domestic programs. He called for a raise of the minimum wage to $9 an hour. He called for immigration reform, gun control, and voting rights. Perhaps disappointing nonprofits, however, he skipped over any reforms related to the Citizens Union vortex, in which billions are sucked into a corrupting dynamic of campaign finance. He probably scared others who imagined an attack on the charitable deduction when the president said that “we should do what leaders in both parties have already suggested, and save hundreds of billions of dollars by getting rid of tax loopholes and deductions for the well-off and well-connected.”

But key programs that directly address nonprofits simply weren’t there. The president talked about the revitalization of the housing market and called for refinancing mortgages, but didn’t address the more multi-faceted community development in which housing is only a part. He talked about addressing poverty through a higher federal minimum wage, but didn’t address what the nation has to do to help people who are currently mired in poverty, policies that typically depend on the capacities and expertise of poverty-fighting nonprofits. He talked about supporting Israel and supporting the Syrian opposition to Assad, he talked about keeping the American military the strongest in the world despite the planned withdrawal from Afghanistan, but there was no talk about helping the hundreds of thousands of displaced refugees in the Middle East and there was no talk about foreign aid, both typical programmatic venues for NGOs.

Okay, it’s only one 6,400 word speech. How much can any speaker, even the president of the United States, touch on every issue that every constituency might want to hear? But for nonprofits, which are used to this president and past presidents talking about volunteerism, touting AmeriCorps, and sometimes even referencing the human service delivery capacity of the nonprofit sector, last night’s State of the Union is something of a step backwards, especially in light of recent efforts to put nonprofits on politicians’ radar screens. Looking at the State of the Union speech for evidence that the president has nonprofits framed in a way that is commensurate with their important role in the U.S. economy and society won’t yield much.—Rick Cohen