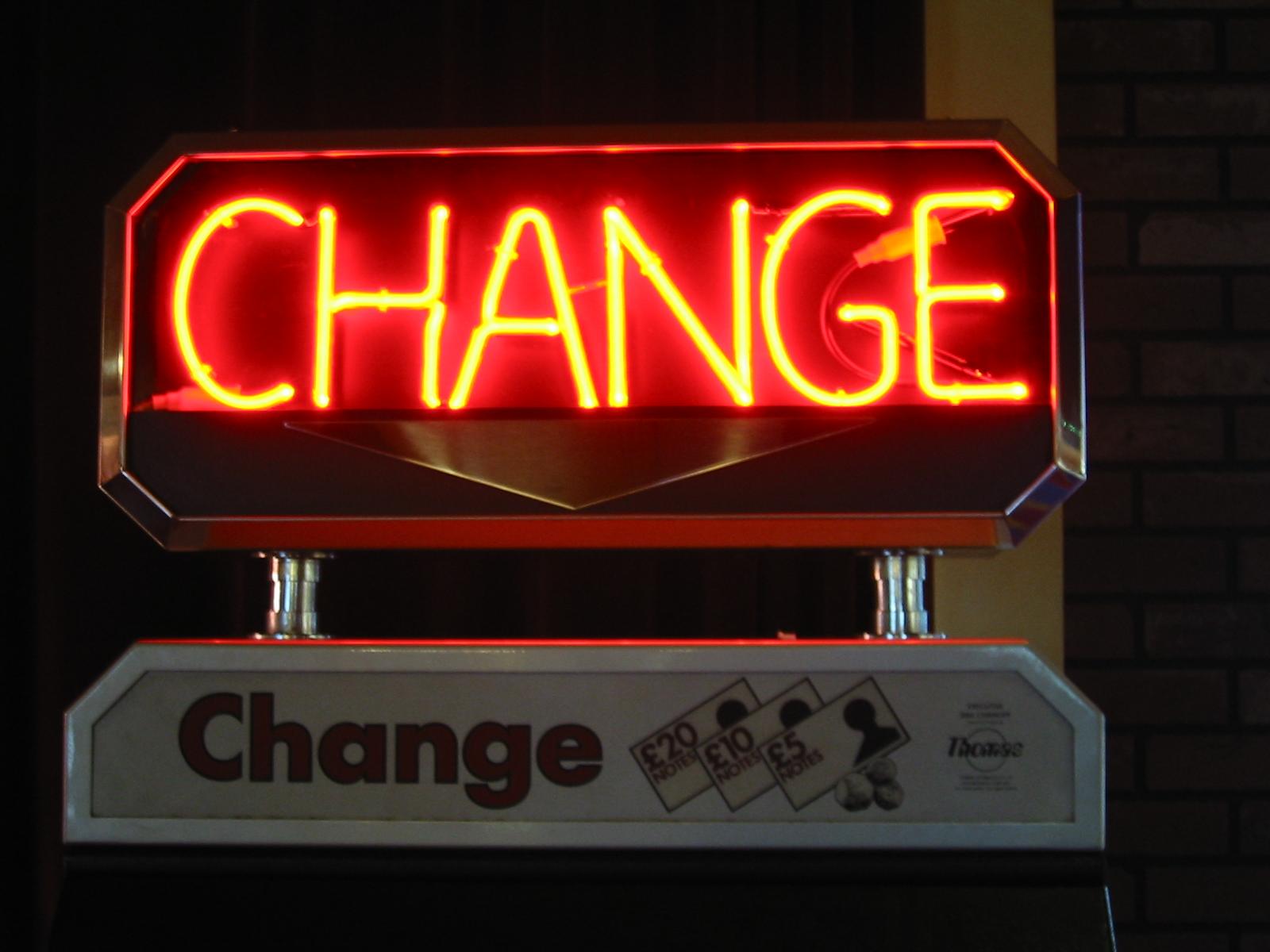 If a characteristic of an excellent nonprofit is its adaptability, how does excellence emerge when an entire swath of nonprofits – a family of nonprofits in a way – faces a withering attack from several quarters? Do they simply work on delivering their longtime services better, or should they rethink their missions, question the sometimes quaint idea of “sticking to their knitting,” and launch into riskier programmatic ventures outside of their traditional comfort zones?

That’s the quandary that community action agencies face as the organizational infrastructure of the 1960s “War on Poverty” crumbles. Successive federal administrations have chipped away at community action agencies, reducing their autonomy, cutting back on federal support, and distancing themselves from the image of groups governed by low-income people within the framework of “maximum feasible participation.” Despite years of criticism from the right and the left, more than 1,100 community action agencies still exist, operating a variety of programs and services including weatherization, job training, energy assistance, food banks, and Head Start.

What do community action agencies do now to adapt to these turbulent and often oppositional dynamics – beyond administering the more than 40 federal programs directed to benefit poor households that they still largely run or host? In speaking with a number of community action agencies from Iowa, we learned about several organizations’ specific strategies charting new courses for their communities and themselves, resisting an isolationism born as a defense against the unrelenting attacks on these agencies and the poor households they serve. “To become leaders in helping communities solve problems, we know we have to do things differently,” observed Jane Drapeaux of the Hawkeye Area Community Action Program in Hiawatha, Iowa. To really do things differently, added Anne Bacon of Mid-Iowa Community Action, “we’re going to have to talk about reaching out to the community even further…to put everything where our mouth is and make [new] commitments that would not have otherwise been in place.”

In this piece, we offer the experience of two long-time community action agencies— Drapeaux’s HACAP and Bacon’s MICA—experimenting with their funding to build partnerships and make new programmatic connections for anti-poverty groups.

At the helm of the Hawkeye Area Community Action Program (HACAP) in Hiawatha, Iowa, Jane Drapeaux decided to experiment with building new relationships for the agency. Drapeaux tells Nonprofit Quarterly that the HACAP board always wanted to do more with community development, though in truth, the community action program of the 1960s was much more about community development than its current human service delivery emphasis suggests today. For HACAP, that meant expanding its “food reservoir” (a 50,000 square-foot food warehouse for centralizing food donations for several food banks and soup kitchens in the region) by developing partnerships with Wal-Mart and Sam’s Club, purchasing a refrigerated truck to help transport fresh food, and partnering with community-supported agriculture groups.

But the stimulus was meant to be about jobs. Community action agencies had an automatic job generator in the form of recruiting and deploying weatherization crews. This however, often meant finding people who already had construction or weatherization experience. In all of the nation’s talk about green jobs, many people could see the environmental benefit of the ideas but little evidence of planning for a pipeline to actually bring people the green jobs. HACAP decided to experiment with the green jobs pipeline utilizing its weatherization moneys and potential.

Working with a nontraditional high school in Cedar Rapids that served young people who had not been successful in the regular school system, HACAP designed a program to partner with the school to create opportunities for training and placement in HACAP’s weatherization program. Working with the school, HACAP chose six young adults out of a dozen or so who applied for weatherization training.

Home Depot gave the students discounts and gift cards to purchase their own tools, a general requirement for weatherization crew members, and as new members of HACAP weatherization crews, they will be earning Davis-Bacon wages equivalent to some $25 an hour. For most of the kinds, the wage was the most money that anyone in their families has ever made. They might well be the first in their families to graduate high school or even to get a driver’s license (also very useful in a weatherization crew). The reality of a job awaiting these kids upon graduation – in addition to the prospect of Davis-Bacon wages – turned into a strong motivator for them to finish high school and complete the training program. HACAP is now working with connecting them to a credit union to establish Individual Development Accounts (IDAs).

ARRA is over, but HACAP realizes, according to Drapeaux, that community action agencies “have to talk about being entrepreneurial . . . to get yourself drawing on partners.” While many organizations have shut down the programs they started up two years ago with the stimulus, HACAP sees itself connecting its green jobs initiative to foundations and to the utility companies so that the program doesn’t disappear.

At Mid-Iowa Community Action, adaptability and change meant moving sharply out of the organization’s comfort zone, but like HACAP, returning to something of community action’s community development roots. Community action agencies face the unfortunate reality of contemporary American politics: that most people, including politicians and decision-makers, simply do not talk about poverty. The days of the American population galvanized to eradicating poverty as a result of Michael Harrington’s The Other America, are long gone. How do agencies whose entire reason for being is to serve the poor make connections with partners, particularly outside of the nonprofit service sector, for whom the concept of poverty and the constituency of the poor are completely anathema.

That was the challenge that Anne Bacon, MICA’s resource development director, confronted in trying to find ways to engage the Marshalltown community in MICA’s anti-poverty work. According to Bacon, the other major institutions were generally turned off by anti-poverty work itself – the services and programs that helped or provided services to the poor – but were open to strategies that would address the causes of poverty, so long as they saw the benefit to themselves. For example, they were attracted to working on improving the Marshalltown educational system so that the schools were producing the trained workers local industry needed. A community planning group determined that early childhood education would be the best entry point for change. Their initial education partnership work – a program called Start Sooner, Stay Longer, Keep Learning – was a neighborhood-based 0-to-5 preschool education effort, in and of itself, an unusual program arena for community action agencies.

As a fundraiser, Bacon came across the Promise Neighborhoods funding opportunity and decided, against the odds, to put together a process for generating an application to the Department of Education. With a total population of less than 28,000 Marshalltown might be at a competitive disadvantage with big cities whose target neighborhoods were three or four times larger (Marshalltown didn’t fit the Promise Neighborhoods rural priority category). But Bacon figured that the Start Sooner program created some important groundwork for a good application even though the competition might be from major cities that dwarfed MICA’s location.

To Bacon, MICA had “key relationships at the table” – but at a scale that virtually guaranteed Marshalltown’s competitive disadvantage. For example, Bacon mentions the participation of “a gentleman who runs an independent insurance group who made a $5,000 commitment, which in a town our size is a sizable commitment.” She lauds a “little” neighborhood association that committed $400. The neighborhood they picked for the Promise Neighborhoods planning effort covered 40 square-blocks and served 300 pupils – in comparison to the average Promise Neighborhood awards that serve from 2,000 to 5,000 students.

Bacon acknowledges that “the community recognized this was a David and Goliath issue as soon as we started reading the abstracts [of the other applicants], it was clear that it was not stacked in our favor.” Marshalltown wasn’t going to win no matter what, but the process worked well for the community –and for MICA. According to Bacon, “There was so much energy generated by the process of writing a proposal, and being a community that was in enough pain, they said we’re still going to do this.” MICA and its partners hung together and positioned themselves to apply for a state community learning center funding program. The state funding they obtained was a six-week full day learning program in the summer, mirroring the school process, essentially extending learning time into the summer vacation. Undaunted by the competitive biases against a small community like Marshalltown, Bacon and her colleagues plan another Promise Neighborhoods application in the next round.

How many other community action agencies broke out of their comfort zones and vaulted into leading Promise Neighborhoods planning approaches?

“MICA is unique in its willingness to try things that some people would think that absurd,” Bacon says. “We’re not that risk averse . . . [and the process of applying for both the federal and state funds] made us pretty agile.” Drapeaux talks about HACAP’s willingness to take on risks – reputational as well as financial –but sometimes the risks in adaptability and change are relatively minor. The risk is in not doing something new. In HACAP’s case, it was a small financial risk, but the agency failed to capitalize on the opportunity presented to it. Rather than hunkering down and thinking only of the organization’s own internal issues, Drapeaux said that the experience of the training program “reaffirmed that we do above and beyond the typical community action things . . . to become a leader in helping communities solve problems.”

Is an agency’s testing of their comfort zone a worthwhile pursuit or just a red herring as they watch federal programs get whittled down in the recession? HACOP’s programming is leading to strengthening partnerships with the United Way, the community foundation, and the local school system. In Marshalltown, MICA won the support of the local chamber of commerce for protecting Community Services Block Grant funding from budget cuts proposed by the president and Congress.

Nonprofits cannot exist as islands running their own programs and hoping against hope that the tides of change leave them untouched. Community action agencies have to connect their anti-poverty work to the interests of other organizations and sectors that might begin to see that fighting poverty isn’t simply a community action issue, but a necessary component of successful community development.

For anti-poverty agencies like MICA and HACAP, sticking to their knitting is simply a recipe for organizational entropy and decline.