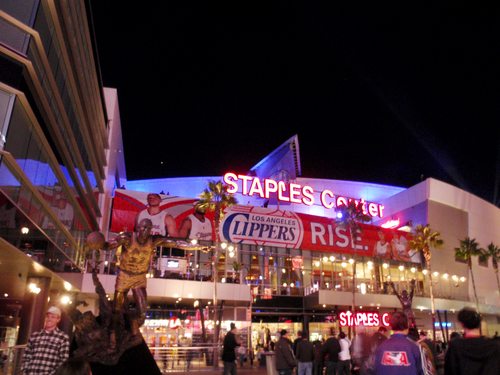 As a result of Donald Sterling’s racially insane conversation with purported paramour V. Stiviano, his sort-of estranged wife Shelley (with or without him) is selling the Los Angeles Clippers to former Microsoft CEO Steve Ballmer for a mere $2 billion. Not a bad return for a team that Sterling purchased in 1981 for all of $12 million.

Ballmer joins the fraternity (just about) of some 70 owners of major sports franchises in the U.S., reducing his personal worth from $20 billion to $18 billion if the purchase price all comes out of his bank account. Is the team worth two bil? Like many sports owners, it may not be a concern for Ballmer. It’s as much a toy as it is an investment for the Microsoft man, who has dallied with offers for other teams before.

But enriching the multibillionaire Sterlings with another $2 billion is a remarkable payoff for racism. Reportedly, Shelley is trying to declare Donald mentally incapacitated, which would somehow give her a freer hand in disposing of the team. If you’ve listened to Donald Sterling’s taped call with Stiviano or watched his interview with CNN’s Anderson Cooper, Donald Sterling sounds like someone with some pretty weird racial beliefs and biases. Overt racism always seems nutty, but is it evidence of mental incompetence?

Whether Donald Sterling is racist, mentally incapacitated, or both, he has not only massively enriched himself in the process, but also enriched his fellow sports team owners. If the Clippers, long a doormat in the NBA, are now worth $2 billion, is the New York Yankees franchise worth only $2.5 billion? The Dallas Cowboys $2.35 billion? Daniel Snyder’s Washington, D.C. NFL franchise only $1.7 billion? The Los Angeles Dodgers, co-owned by Magic Johnson, $2.0 billion? The Los Angeles Lakers worth only $1.35 billion?

Read between the lines. Sterling’s racism leading to the bidding war for the Clippers has actually further enriched Jerry Buss and Philip Anshutz who control the Lakers; James Dolan, who is the majority owner of the $1.4 billion New York Knicks; and just about every other professional sports team owner in the U.S. They’ve been enriched by racism.

With the alleged nuttiness of Donald Sterling, it is entirely possible that he has a few monkey wrenches he might toss into the sale—notably, the word is that he is suing the NBA for $1 billion—so it might all come to naught. But given the enrichment of the owners—remember, the lead owners of the teams are all white—as a result of racism, we have a proposal. All team owners should have an immediate recalculation of their teams’ values in light of a $2 billion sale of the Clippers. If they won’t do it, Forbes should. And then here’s what should be done: All of the owners should take the increased value of their teams and donate it to a fund to fight racism. Otherwise, they will be the fat and happily enriched owners of teams made immensely more valuable by the virulent racism of one of their peers, and the penalty they will have exacted from him is a massive increase in the value of his team.

In January, prior to Sterling’s descent into racism, madness, or both, Forbesestimated the value of the Los Angeles Clippers to be $565 million. If the sale goes through at $2 billion, the value of the Clippers will have increased by as much as 254 percent as a direct result of racism.

It is hard to imagine any more heinous way of earning money than by benefitting from racism. Most of these teams have charitable foundations, and high-minded owners of professional sports franchises often themselves have family foundations—unlike Ballmer, so far. They have long philanthropic track records, so they should not allow themselves to be unjustifiably enriched as a result of racism, even if they personally are not parties to the vile beliefs of Donald Sterling. Do something about racism with your new wealth, sports moguls, or you’re a part of the problem.—Rick Cohen