It’s not exactly groundbreaking news that social media has transformed the way people stay connected and have dialogues about news and politics in our society, but new research shows that social media is also bridging the socioeconomic divide in how people engage with politics.

The MacArthur Research Network on Youth and Political Participation (YPP) has been investigating the impact of social media on the ways young people of color and individuals with limited socioeconomic means interact with politics for about half a decade now. According to findings from their research, younger people are much more engaged in participatory politics through social networking. They will often use social media to digest political information and then further engage in protests, which we’ve witnessed in movements such as Occupy Wall Street, the Arab Spring, and Black Lives Matter. The study also discovered that education and other socioeconomic status variables did not have much of an impact on engagement in participatory politics.

In 2011, 2013, and 2015, the YPP project surveyed young people between the ages of 15 and 29, taking the initiative to oversample African Americans, Asian Americans and Latinos. YPP’s 2013 survey reported four interesting findings on how new media sources and politics are impacting young minority voters:

Social media is providing a tool for young people of color to amplify their voices, and they are utilizing these platforms to mobilize their networks around issues that are of political importance to them. 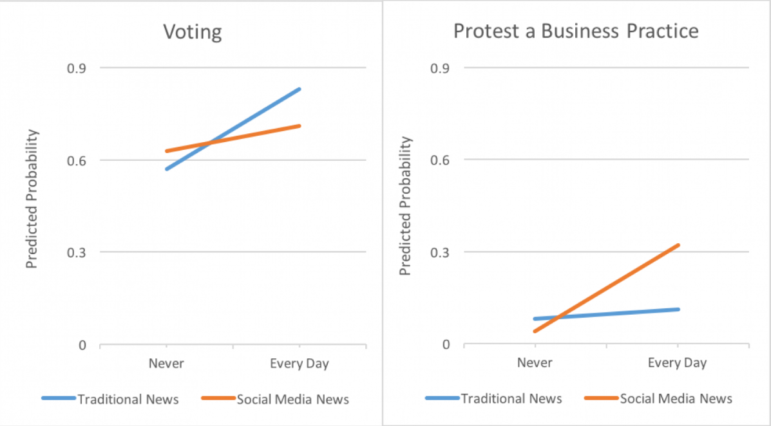 While digital media sources are mobilizing young people of color in new ways, getting them out to the polls still proves to be a challenge.—Aine Creedon