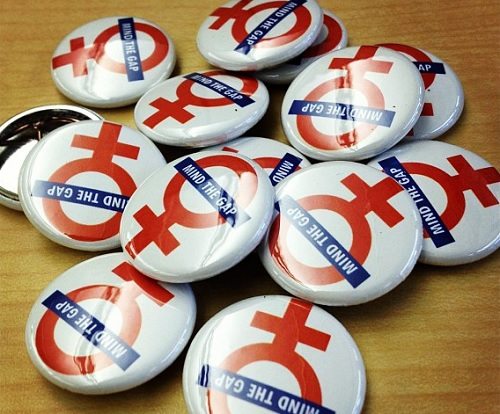 An excellent report released on the eve of International Women’s Day by the Association of Art Museum Directors has found that only 42.6 percent of art museums in the United States and Canada are led by women and that when women are appointed, they earn 79 cents on the dollar paid to male peers. The study was done in collaboration with the National Center for Arts Research. We will not review the discussions regarding why the gap, though apparently improving slowly, is still so wide at larger institutions, but leave it to you. For this newswire, it is “just the facts.”

The museums where women have achieved parity are small and midsize where annual budgets are less than $15 million. In these museums women actually make $1.02 on the dollar paid to male counterparts. In museums with budgets higher than $15,000, slightly less than a quarter of leadership positions are held by women, and even then they make 71 cents on the male dollar. As the museums get larger, the number of women in leadership lessens—at 33 art museums annual budgets over $20 million, only five, or fifteen percent, are run by women. Thus, disparities are driven by the largest museums.

How does this compare to the recent past? In “Women in the Temple: Gender and Leadership in Museums,” her chapter in Gender, Sexuality, and Museums, Marjorie Schwarzer found that in 2007, women were directors in only 47 percent of small and mid-sized museums (not exclusively art museums) and 25 percent of the largest museums were led by women. In 2012, the American Alliance of Museums found in its survey that that 57.2 percent of museum leaders were women, but their compensation was 78 percent of the median income for men in the same role.

How does this compare to other segments of the economy and to the larger nonprofit sector? As the report states, “The U.S. Bureau of Labor Statistics found that women have made advances in workforce participation and educational attainment in the last four decades but that women’s pay still lags behind that of men; the median pay of women is 82 percent of that of men. In government, women only held 18.5 percent of the seats in Congress in 2013. Within the for-profit sector, less than 5 percent of Fortune 500 and Fortune 1000 companies are led by female CEOs.”

Most notable is the fact that the large institution dynamic holds true right across the nonprofit sector. As stated in the report summary, “The GuideStar 2013 Nonprofit Compensation Report cites that the median pay for female CEOs lags behind that of men across all budget categories. In addition, less than 50 percent of CEOs are female at nonprofits with operating budget categories above $1 million. At the largest nonprofits, those with budgets of over $50 million, women only hold 16 percent of CEO positions.”—Ruth McCambridge