Study: Retaining Donors through and after Recession Most Difficult for Small Nonprofits 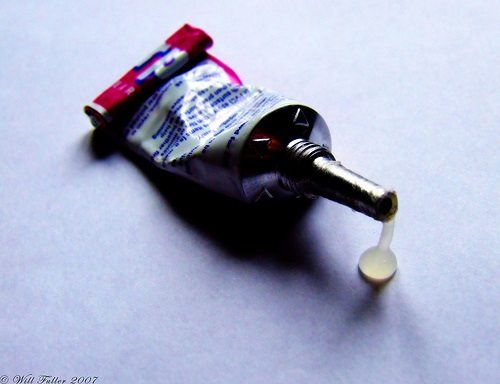 It is a well-known rule of fundraising that it costs less to retain former donors than to recruit new donors, but do you know how well are you doing at retention? Do you know how that measures up in comparison to others? The Urban Institute and the Association of Fundraising Professionals have just released their enormously useful 2014 Fundraising Effectiveness Project (FEP) Survey Report. The study is based on donor data from 3,576 survey respondents, covering year-to-year fundraising results for 2012–2013. It is a valuable reference document for all fundraisers.

During this period, although respondents raised more than $2.44 billion from 2.2 million donors…

This is the ninth year of the study, and as you can see from the chart below, these improvements are merely a recovery from a retention low experienced during the recession. 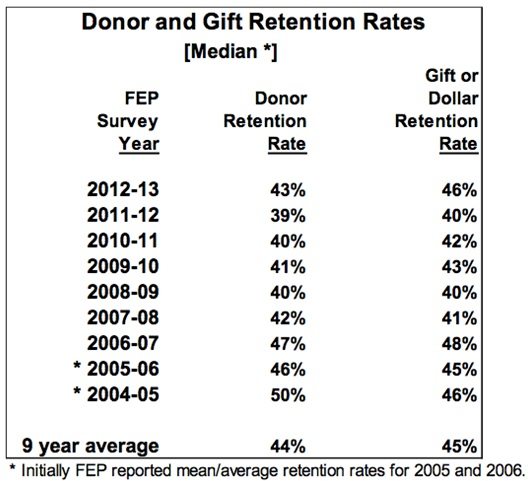 Although the gift or dollar retention rate has fully rebounded and is producing a dollar net, the retention of donors is coming back much more slowly; in fact, nonprofits are currently losing more donors than they are gaining (see Figure 9). 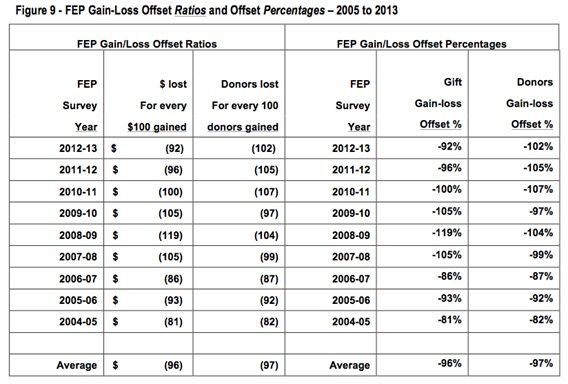 NPQ has written repeatedly about the fact that for many small organizations, the recession meant cuts to infrastructure, including fundraising costs during a period where those expenditures were not paying off. Larger organizations, on the other hand, were able to maintain relationships with donors even if they were not currently giving.

Unsurprisingly, smaller charities have seen retention suffer during and in the aftermath of the recession. In 2012, organizations raising more than $500,000 saw an average gain of 16.6 percent in their net giving levels, while those raising $100,000 to $500,000 experienced net losses of 5.1 percent. Those raising less than $100,000 had even more significant net losses, at 13.5 percent.

Some of those differences have softened in the past year, but the implied story remains the same: Small organizations lost fundraising muscle while large organizations retained it.

Obviously, greater retention rates are worth your focus. Here is a summary of retention practices drawn from material produced by Professor Adrian Sargeant: