Study: The Health Care Experiences and Expectations of Low-Income Californians 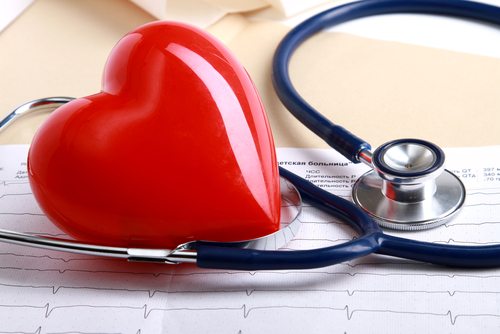 As the most recent update in an ongoing research project that began in 2011, this week, the Blue Shield Foundation of California released a report on the healthcare experiences and expectations of low-income Californians. Two central goals guided the project: 1) to help healthcare facilities—particularly California’s community health centers—successfully navigate the changes brought about by the ACA, and 2) to help community health centers identify the most effective ways of encouraging patients and providers alike to embrace primary care redesign and move closer toward the goal of patient empowerment. As key findings, the study points to the “wide range of positive outcomes” that come from successful communication between patients and providers and the “broad gap” that currently exists between the information patients possess and the information they want.

The study found that only 28 percent of low-income Californians feel they have easily comprehensible health information for decisions about care. In addition, almost 40 percent rely on media sources to address concerns—“a potential problem” according to the study, because “trust in information is much higher when it comes from a medical professional than from other sources.”

A central theme is the value to patients that comes from a strong patient-provider relationship, which can lead to improvement in a patient’s overall sense of being well informed about his or her health, the level of satisfaction with the quality of care at a specific facility, and trust of the information provided by doctors. In light of upcoming structural changes to healthcare systems from the ACA, the study’s note that “alternative communication approaches also show great promise in helping to improve patients’ relationships with their providers.” is significant. Examples of these new approaches include team based care, decision aids, health coaches, and online or smartphone-accessible health sites, all of which were found to “enhance, rather than diminish, the critical connection between patients and their providers.”

The study devotes considerable attention to the effect of the digital divide on healthcare for specific groups of low-income Californians. “While four in ten low-income Californians overall lack Internet access, that soars to 67 percent of Spanish-speakers, 63 percent of non-citizens, 62 percent of Latinas and 59 percent of those in only fair or poor health,” the study reports. In addition, the fact that 59 percent of low-income residents over 50 lack Internet access and 41 percent lack a text-capable phone makes this “vulnerable population particularly hard to reach with technology-based information and communications.”

On Wednesday, the president and CEO of Blue Shield of California Foundation, Peter Long, introduced the study at the National Press Club and joined other health policy experts to address the possible impact of the study to the field. Panelists noted that it would likely lead to new definitions of “value” in healthcare and possibly also lead to the formation of new community partnerships as a means to strengthening access to technology in low-income communities. In a follow-up conversation by phone, Long emphasized that nonprofit healthcare administrators and providers are the study’s number-one target audience. Asked about how a director of a nonprofit health center might interpret the findings, Long replied, “To me it should be good news.” He added, “People want better communication with their providers which is solvable.” Although the study focuses on California, Long mentioned that the research team designed it to have “universal themes.” He added, “We asked very fundamental questions that healthcare centers throughout the country can use.”

The 2013 study was based on telephone interviews with a representative, random statewide sample of 1,500 Californians (1,000 low-income residents and 500 higher income residents) between the ages of 19 and 64 with household incomes less than 200 percent of the federal poverty level, or about $47,000 a year for a family of four. This year, unlike past years, the survey included a sample of higher income residents for comparitive purposes and the foundation expects to release follow-up studies with that information.—Anne Eigeman