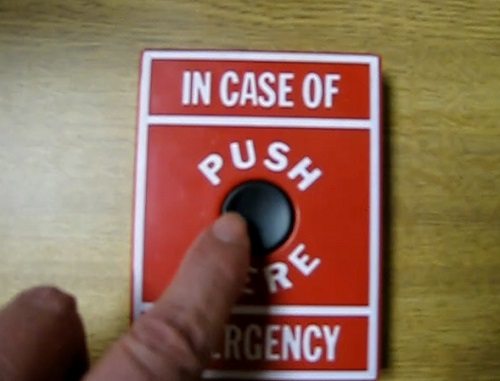 Even if you have been fairly stable, if you are a small nonprofit, it is worth having emergency plans, which should, first and foremost, include plenty of committed friends, and possibly a reserve fund.

Today, on the website for Riverzedge, an arts group in Woonsocket, Rhode Island, it reads in big letters, “Please donate to our emergency moving fund so we can reopen our doors.” The group was caught in a situation not of their own doing when the landlord neglected to pay the bills long enough that the power was cut off. That was followed by the city condemning the building.

The brick structure known as Le Moulin, or “The Mill,” was home to 22 enterprises, including RiverzEdge, a nonprofit youth arts project that had been a tenant in the building for a decade. Brad Fesmire said, “We were literally in the middle of printing T-shirt jobs—working on client jobs for graphic design and web design…when without warning, the power went off.” The next day, they “found out…the power was pretty much never going to come back on.”

It “forced us into emergency planning and thinking,” said Fesmire. “Trying to find a space that would be suitable…because we’re a very specialized program. We’re not a regular business that can move to another location.”

The city of Woonsocket has given RiverzEdge free space for now at a vacant school building, but the forced move has cost the arts project almost $65,000. These are the situations in which you know you need those strong relationships with friends and supporters—not to mention a bit of extra cash on hand.—Ruth McCambridge