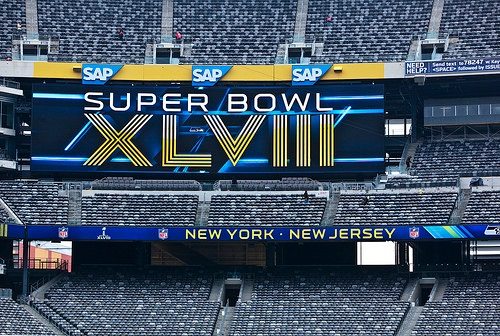 When the NFL brings the Super Bowl to a city, a common feeling among those within is excitement at the economic advantages that come from such an opportunity. What most may not understand is that those economic advantages may not be so advantageous. According to an article in the Newark-based Star-Ledger, there was no sales tax associated with any of the game-day tickets and parking. This amounts to lost revenue for the state to the tune of $8 million.

This was only the beginning of other lost revenues. “All the security and police presence needed for the game—including the estimated 700 New Jersey state troopers who will be patrolling in and around MetLife Stadium today—will also not cost the NFL a dime. The state said it is covering all of its public safety expenses for the game, which is expected to include hundreds of hours in overtime.”

Most would say that having the Super Bowl in your city is a great opportunity. A popular estimate floated around is that the Super Bowl brings $550 million to $600 million in revenue to the host city. However, the idea that revenues are that high or the benefits are as great as publically touted may not bear much scrutiny. Victor Matheson, an economics professor at Holy Cross University, co-authored the study “Super Bowl or Super (Hyper)Bole? Assessing the Economic Impact of America’s Premier Sports Event,” which studied 30 Super Bowls from 1970 to 2000. He believes that the popular revenue figures may be inflated by as much as 96 percent. “The empirical evidence…tends to show an economic impact somewhere between one-tenth and 1/25th” of that projected by the NFL.

Matheson went on to state, in an International Business Times interview, “The NFL and other sports leagues like to publicize large economic-impact numbers because that is a carrot they can wave in front of reluctant taxpayers.” These taxpayers will end up bearing the costs of “wear and tear on local infrastructure, overtime for police, and extended hours for mass transit.”

Another uncommon piece of information, although being covered more and more, is that the NFL enjoys a nonprofit status. (This author has written extensively on this area, including highlighting recent legislation by Senator Tom Coburn that aims to pull the exempt status of organizations like the NFL.) A recent national survey from Fairleigh Dickinson University’s PublicMind, directed by political science director Krista Jenkins, stated that “ few support the use of public funds and tax breaks for the NFL. In fact, most were unaware the NFL is a not-for-profit entity…. When you think of the NFL, you think of a lot of revenues being generated,” she said. “With billions likely to flow from the Super Bowl, it would seem a contradiction that the organization behind it all would be technically a not-for-profit, but that is indeed true about the NFL.” —John Brothers