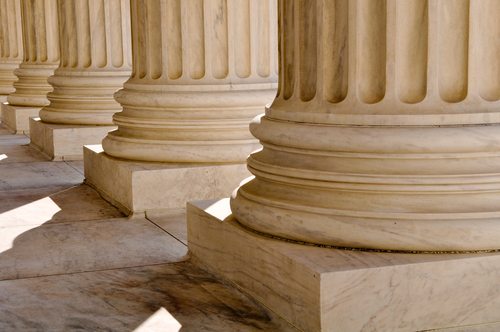 The U.S. Supreme Court heard oral arguments this week in a case involving whether the U.S. Federal Trade Commission (FTC) can stop a nonprofit hospital from becoming a monopoly in a local market by acquiring another hospital, even when the state has passed legislation that facilitates the action. In Federal Trade Commission v. Phoebe Putney Health System, Inc., the FTC is suing Phoebe Putney Health System, an independent nonprofit “network of hospitals, family medicine clinics, rehab facilities, auxiliary services, and medical education training facilities.” Phoebe Putney has a 40-year lease on the public hospital in Albany-Dougherty County, Ga., and seeks to acquire the only other hospital in the community, Palmyra Medical Center.

Phoebe Putney Health System says the acquisition is an allowable exception to federal antitrust laws because the State of Georgia passed the Georgia Hospital Authorities Law. According to Phoebe Putney lawyer Seth Waxman in oral arguments before the Supreme Court, the law provides “a mandate to provide services to all indigent in the community, and to price all services on a not-for-profit basis and with a statutory limitation on rate of return.” The FTC argues that the Georgia law does not expressly allow for healthcare monopolies to be created and that, even if the law were expressly intended to sanction such transactions, federal antitrust law prevents states from allowing private parties (in this case, a nonprofit healthcare system) from acquiring such monopolies.

State attorneys general have sometimes become involved in these mergers and acquisitions when a nonprofit’s service area or assets have been at risk of leaving the community or the state. Each state’s attorney general is the ultimate guarantor that a nonprofit’s assets continue to benefit the state. Most state AGs are reluctant to see a nonprofit hospital merged or purchased by another entity without substantial guarantees that the nonprofit’s assets will remain within the state and, generally, that the nonprofit’s current service area will be served by the new owner at least as well as it was in the past.

The Federal Trade Commission (FTC) plays a role in assuring that there is a competitive marketplace for consumers, and healthcare is no exception. As previously noted by NPQ, the FTC will sometimes step in when it believes that a merger will result in an anticompetitive environment and harm consumers in the process. There are market analyses (for example, see the case of Roanoke, Va. from a few years ago) that point to nonprofit hospitals being able to raise prices when competition is absent or when a single hospital holds a monopoly or near-monopoly position in a local market.

Antitrust concerns about healthcare mergers also have implications for implementation of the Patient Protection and Affordable Care Act, commonly known as the ACA or “Obamacare.” The ACA envisions a shrinking number of large providers being the “medical home” for large groups of people. Capturing market share in a local area not only allows providers to allocate overhead more efficiently, it also allows providers to focus on—and be compensated for—wellness promotion rather than just illness treatment on a fee-for-service basis, which has been the traditional model in the U.S.

If providers are not permitted to acquire dominant market positions in a community, it becomes more difficult for providers (hospitals, clinics, etc.) to utilize the “medical home” model for focusing all care and providing the comprehensive case management services intended to promote wellness and reduce overall healthcare costs through reduced use of surgeries, chronic care regimens, and other more expensive services.

We believe that few people would say they prefer private-sector monopolies, whether held by for-profit or nonprofit corporations. However, the intent of the Georgia law—to assure healthcare access to all in a way that prohibits price gouging or excessive profit—is laudable. Can healthcare be provided in an equitable, affordable way without establishing nonprofit monopolies, or are these monopolies an acceptable method for providing healthcare services? –Michael Wyland