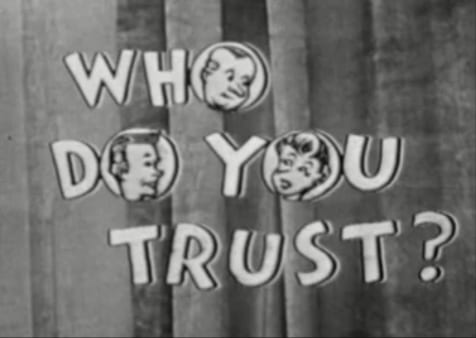 We have to admit that the Washington Post’s 2018 American Institutional Confidence Poll, sponsored by the John S. and James L. Knight Foundation and Georgetown University’s Baker Center for Leadership & Governance, is a bit weird, but there are a few clear bright spots among the partisan detritus of our current political state.

First, one weird blip is that the survey concerns institutions described as being associated with American democracy, asking respondents to rate how much confidence they had in 20 public and private institutions and then to explain in their own words why they rated each institution as they did. But oddly, the only category in which specific entities are named separately is in business, and those named are Google, Facebook, and Amazon. We can kind of understand why the first two might be included, but why Amazon is listed separately while, for instance, Catholicism is not listed separately from “Religion” is something to think about. The respondents were divided by party affiliation and confidence levels in various institutions compared against party lines.

Unsurprisingly, confidence in the executive branch has the largest gap, with Republicans ranking it fourth and Democrats ranking it dead last on the 20-item list.  The press was rated dead last by Republicans, though it was seventh for Democrats. Respondents from both parties rated Congress very low.

Philanthropy was ranked the same across party lines but comes in a bit later than nonprofits in the middle of the institutional pack.

One of the most intriguing things about the reports are juxtaposed quotes like:

The “somewhat dissatisfied” self-designation of that woman who believes we are headed for something akin to a Nazi state maybe a little strange—unless you believe, as some still do, that we can save ourselves from that. Sadly, the report indicates that voters are angry and negative no matter which party they belong to, a conclusion that was reached in this way:

Using a common text-analysis tool, we were able to grade how frequently respondents showed anger or used negatively charged language. In the figures below, you can see that a substantial minority showed both. While their anger was generally directed at different institutions, Republicans and Democrats showed anger or negativity at roughly the same rate.

No surprise there, but I am glad nonprofits don’t show up on these angry and negative lists. Neither does Amazon.

The full report can be accessed here.—Ruth McCambridge