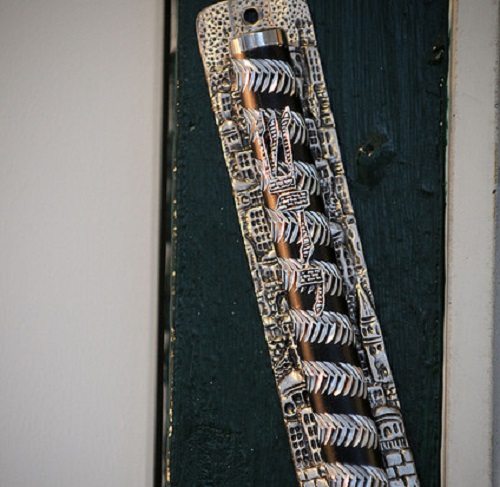 Earlier this fall, we wrote about Peter Beinart’s analysis in the New York Review of Books regarding the unwillingness of many American Jews (and American Jewish organizations) to expose themselves to the experiences of the non-Jewish populations—Palestinians, primarily—who live under Israeli military control. Beinart specifically cited as an example the policies of the campus organization Hillel, which excludes speakers it deems to stand in opposition to Israel’s right to have “secure and recognized borders.”

The controversies concerning Hillel’s policies have been brought to a head by Swarthmore Hillel’s decision to renounce Hillel International’s speaker guidelines, declaring itself an “Open Hillel.” Writing for the Daily Beast, Elisheva Goldberg says that the updated Hillel International “Guidelines for Campus Activity” prohibit “partnering with or hosting groups or speakers that as a matter of policy or practice: (a) deny the right of Israel to exist as a Jewish and democratic state with secure and recognized borders, (b) delegitimizes, demonizes, or applies a double standard to Israel, or (c) supports boycott off, divestment from, or sanctions against the State of Israel.” Doubling down on these guidelines, Hillel International’s president, former Ohio Democratic Congressman Eric Fingerhut, recently announced the organization’s plan “to strategically and proactively empower, train and prepare American Jewish students to be effective pro-Israel activists on and beyond the campus.”

Presumably, being pro-Israel doesn’t have to mean being closed to the concerns of Palestinians in the occupied territories, but Hillel’s policies have been very tough in that direction. For example, this past spring, J Street U tried to invite speakers from Breaking the Silence, an organization of former Israeli soldiers who talk about their experiences as occupiers in the West Bank, to speak at the University of Pennsylvania’s Hillel. J Street U leader Leanne Gale “had,” according to Goldberg, “to jump through a million and one hoops to bring BtS…into the Hillel building…[because] BtS was a group that fit into one of the…off-limits categories.” After negotiating with the local Hillel and then the Hillel Board of Greater Philadelphia (which Goldberg says is “connected to the Jewish Federation”), Gale finally got approval, but with conditions: “The event needed to be closed to the press, it needed to be framed as ‘pro-Israel’ and was to be open to Penn students only…[and] In the end… turning away the reporter from Penn’s newspaper, the Daily Pennsylvanian, at the door and demanding Penn IDs from all entrants.”

The Hillel organization at Harvard presented a similar obstacle in the request of the Progressive Jewish Alliance to use the Hillel building for a speech by former Knesset speaker Avrum Burg. There, Hillel denied the Alliance use of the Hillel building for the speech because Burg’s presence was co-sponsored by the Harvard Students for Israel and Palestine Solidarity Committee. Attendees who showed up at Hillel the night of Avrum’s scheduled speech had to walk to an undergraduate dormitory nearby to hear the former Israeli legislator. Why would a former Knesset speaker be on the Hillel prohibited list? Because Avrum has questioned whether Israel should continue to be a Jewish state.

In both the Penn and Harvard examples, the speeches were at the invitation of outside Jewish organizations that bumped up against the Hillel guidelines. Swarthmore’s Hillel, which has on its own brought BtS to campus, decided to formally reject the Hillel guidelines. Fingerhut responded, despite citing Hillel’s public commitment to openness to “a diversity of student perspectives on Israel” and “to create an inclusive, pluralistic community where students can discuss matters of interest and/or concern about Israel and the Jewish people in a civil manner,” with a then-contradictory line in the sand: “‘Anti-Zionists’ will not be permitted to speak using the Hillel name or under the Hillel roof, under any circumstances.”

We know that there are elements in the Palestinian community who take a similar stance of not talking with Zionists, but that is no defense. There is no progress without dialogue. Sometimes dialogue is very difficult and uncomfortable, as we wrote the other day concerning conversations about racism—not fun, but necessary. Hillel International’s policy makes the dialogue all the more difficult with the vague catch-all of “anti-Zionist,” which can easily be used to deny access to opponents of the policies of the Netanyahu government or to critics of the expansion of Israeli settlements in the West Bank.

Give Swarthmore Hillel credit for taking a brave stance, but note one aspect that might have additional meaning for nonprofits. Goldberg suggests that Swarthmore’s Hillel was able to join the “Open Hillel” movement partly due to its distinctive financial and structural circumstances. “Swarthmore Hillel, unlike most in the U.S., does not have an executive board. Instead, it has only a ‘staff advisor’ and students vote on Hillel decisions,” she writes. “Furthermore, it is not particularly reliant on Hillel International for funding.” Is the truth about most Hillel organizations reflected in Gale’s conclusions from her Penn Hillel experience? “I think we fictitiously believe that Hillel is run by the students for the students,” Gale told the Beast. “In reality, Hillel is run by the money of Jewish Federations and big-time alumni donors.” If Gale is right, there might be very few Hillel organizations to follow in the steps of Swarthmore Hillel.—Rick Cohen