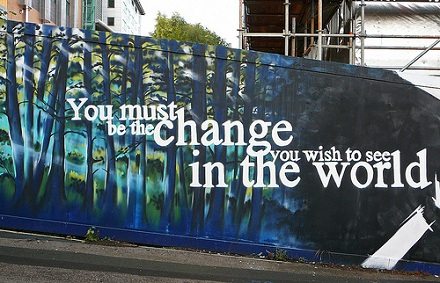 This is a continuation of my previous column, “Working for Social Justice with Social Change Philanthropy.” I began writing these pieces for one of my print “newsyletters” back in 2004 and I’m sad to say that this now eight-year-old writing is even more true today then when I first wrote it. So here goes…

The Scope of the Problem

“What could be better than to work for a future where fairness is the bottom line?” So said Alfre Woodard in her preface to the marvelous book Robin Hood Was Right: A Guide to Giving Your Money for Social Change. Social justice philanthropy is not about righting all the wrongs. It’s about creating an America that lives up to the ideals set down by our founders more than two centuries ago.

In a speech in June of 2003 at the Take Back America Conference, journalist Bill Moyers described the progressive movement as part of the “oldest story in America: the struggle to determine whether ‘we, the people’ is a spiritual idea embedded in a political reality – one nation, indivisible – or merely a charade masquerading as piety and manipulated by the powerful and privileged to sustain their own way of life at the expense of others.”

Think about social contracts like social security and Medicaid. Consider the decline in living wages and the growth of poverty, homelessness, and hunger. Daily, those of us who work in the philanthropic sector watch the decline in government funding and the abandonment of the safety net for people in our communities.

Bill Moyers reminds us that (in the speech referenced above),“a Social Security card is not a private portfolio statement but a membership ticket in a society where we all contribute to a common treasury so that none need face the indignities of poverty in old age without that help [and that] tax evasion is not a form of conserving investment capital but a brazen abandonment of responsibility to the country.”

The acceptance of vast income inequality says something rather embarrassing about a society. The expectation that everyone can pull herself up by his or her own bootstraps is a naïve assertion of unearned meritocracy and a vicious denial of equal opportunity for all. Back in Moyers’ 2003 speech, he even mentioned the power – but not the right – of the rich to buy more democracy than anyone else. How prescient was that, given the Citizens United decision from our own U.S. Supreme Court?

Just Look Around…What Are You Doing?

In the final moments of his speech, Moyers observes: “Prosperity requires good wages and benefits for workers…. Our nation can no more survive as a half democracy and half oligarchy than it could survive ‘half slave and half free’ – and keeping [our country] from becoming all oligarchy is steady work – our work.”

By the way, Bill Moyers is just as active today as he was back in 2003 and 2004 when I first wrote this piece on social justice. Just check out his various writings compiled at Reader-Supported News.

Taking Action: Our Work as Citizens

Each of us has a role in securing social justice for all. As individuals and nonprofits, we must act and continue to act. Here’s what we need to do:

In 2004, when I originally wrote this piece, I asked, “Why now?” And I answered, “Because social justice still does not exist.” And the situation is no better now. In fact, it’s worse.

We talk about philanthropy as a hallmark of democracy. But until we truly reform our institutions and ensure social justice, how can we claim that philanthropy is a democratic act? As Dr. Martin Luther King, Jr., said, “Philanthropy is commendable, but it must not cause the philanthropist to overlook the circumstances of economic injustice that makes philanthropy necessary…. Injustice anywhere is a threat to justice everywhere. We are caught in an inescapable network of mutuality, tied in a single garment of destiny. Whatever affects one directly, affects all indirectly.”