Tax-Exempt Scranton Properties May be Singled out for Scrutiny 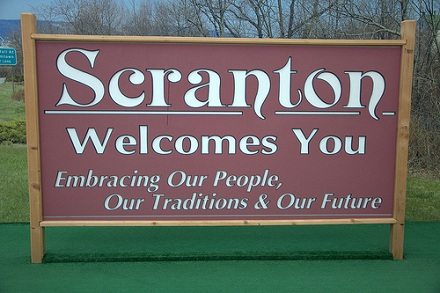 The NPQ Newswire has repeatedly covered the increasing interest of Scranton public officials in exacting larger and larger payments in lieu of taxes (PILOTs) from tax-exempt property owners. We even suggested that it looked to us like Scranton might be willing to exercise some questionable tactics, such as delaying or withholding building permits, zoning variances, or site plan approvals for nonprofit property owners that wanted to make some legitimate physical changes to their properties. We only suggested that such tactics might be in the offing and that if such tactics were adopted, they would transform payments in lieu of taxes from voluntary to mandatory exactions.

According to the Pennsylvania Association of Nonprofit Organizations (PANO), members of the Scranton City Council and the Council’s solicitor did just that when the Council decided to send a letter to the city’s zoning board asking that the Council be given notice of any application for a variance made by a nonprofit property owner so that the Council’s solicitor could represent the Council in opposing the variance. PANO believes that this alleged singling out of nonprofit applicants constitutes discrimination against tax-exempt property owners and violates constitutional equal protection standards.

The controversy reportedly stems from the Council’s contention that the University of Scranton should be subject to Scranton’s new 15 percent parking tax. The university has filed a lawsuit arguing that it should be exempt from the parking tax, but the plan discussed by the Council runs far deeper than the local Jesuit university and raises some serious problems.

First, for the Council to receive a notification about variances sought by nonprofit property owners for the purpose of weighing in against such applications does appear, on the face of it, to be a discriminatory plan. It is unclear to us how the Council’s solicitor could frame an argument that a property owner’s tax status is pertinent to a decision about land use. If a tax-exempt and a tax-paying entity both apply for variances regarding off-site parking requirements, for example, it would seem to be a big stretch to argue that the tax status of an applicant trumps the empirical questions about the land use.

Second, in city planning circles, it has been a crucially important issue to try to treat property owners fairly, without reference to factors that do not relate to the land use issues in question. If tax status is allowed to be a factor in a land use decision, what other non-land use factors would be permitted into consideration? The friendly or unfriendly relationship of the property owner with the mayor or Council president? Political party affiliation? Religion? Gender? Where is the line?

Third, shouldn’t a City Council review and approve decisions from a zoning board after the board meets and deliberates, not before? If the City Council, through its solicitor, chooses to weigh in at the zoning board opposing a variance, doesn’t that undermine the ability of the Council to undertake a legitimate oversight and review function after the zoning board has made its decision?

PANO has raised an important issue at the nexus of the question as to whether a city’s request for PILOTs is really a pitch for volunteers or a mandatory requirement. We hope that other nonprofits will get involved to make sure that equal protection under the law doesn’t succumb to the animus that some hold against tax-exempt property owners.—Rick Cohen