Telling Lies about Opponents in Print Is Bad Behavior for Nonprofits 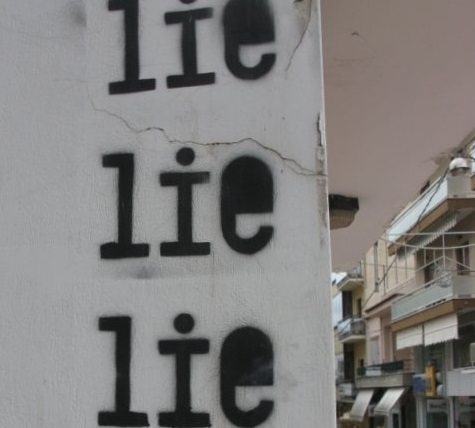 At the intersection of nonprofit journalism and politics, errors get made, apologies issued, and corrections inserted. It happens here at Nonprofit Quarterly, particularly with our dependence on source articles for our newswires, which may themselves contain errors. But when a journal faces a libel suit filed by a public figure and the courts give it some play, the consequences can get very serious.

In this instance, venerable conservative magazine The National Review and nonprofit think tank Competitive Enterprise Institute have been hit with a libel suit by Penn State University professor Michael Mann. For Mann to win his case, he has to prove that the magazine and CEI published something about him that they knew was false and that “represented a reckless disregard for the truth,” according to libel expert Robert Drechsel, a professor at the University of Wisconsin who specializes in media law.

The story in this case dates back to 2009, when more than 1,000 emails were stolen from the Climatic Research Unit at the University of East Anglia in the U.K. Conservatives claimed that the emails revealed that Mann had manipulated research data in order to manufacture evidence of global warming. Seven institutions, including Penn State and the U.S. Environmental Protection Agency, reviewed the emails for indications that Mann might have been engaged in misrepresenting his research. All concluded that there was no wrongdoing on Mann’s part.

One might have thought that this unsubstantiated “Climategate” controversy would have died then and there. However, Mann is a professor at the college infamous for employing Jerry Sandusky as an assistant football coach. Amazingly, that became part of the story as concocted by CEI. As everyone knows, Sandusky was convicted of molesting children and is now in prison. There’s no actual connection between Mann and Sandusky, but a conservative blogger at CEI, followed by a writer for the National Review Online, published a story linking Mann and Sandusky, at least conceptually, that Mann considers libelous.

In 2012, CEI blogger Rand Simberg wrote on a blog that Mann was “the Jerry Sandusky of climate change, except that instead of molesting children, he has molested and tortured data.” Following the Simberg blog, Mark Steyn at the National Review Online quoted Simberg and then added, “Not sure I’d have extended that metaphor all the way into the locker-room showers with quite the zeal Mr Simberg does, but he has a point.”

Quite appropriately, Mann demanded that CEI and the National Review retract the statements, apologize, and even pay damages for writing that he had faked his research data and was somehow comparable to a convicted child molester. After CEI and the Review refused to do so, Mann filed his libel suit. The problem for CEI and the Review is that the charge that Mann faked, distorted, and manipulated his data in order to reach a preordained, political outcome is a factual issue, not a matter of opinion. If Mann can prove that the charge of fraudulence in his research is false, he can claim that he was defamed by the misinformation circulated by the nonprofit and the magazine. If, however, Simberg or Steyn or both knew the allegations were incorrect and they wrote and published what they did from malice despite its falsehood, they could be in bigger trouble.

If seven separate investigations proved Mann innocent of the charges that he had faked his research findings, one would think that Simberg and Steyn should have known, if only from osmosis, that to publish what they did might be seen as intentionally promoting a malicious falsehood about the Penn State professor.

The impact on both institutions—the magazine and the think tank—won’t be cheap if Mann wins his case. Expressing opinions is fine, but misrepresenting the facts could cost a nonprofit like CEI big time resources.—Rick Cohen