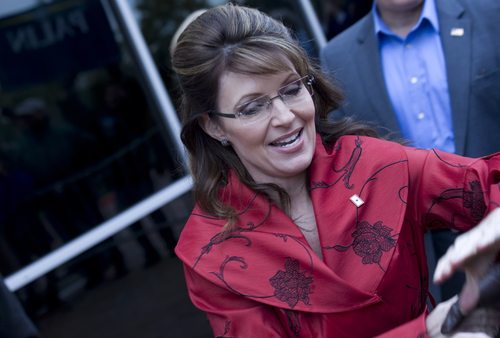 It has been eight years since Terri Schiavo, diagnosed by doctors as being in a persistent vegetative state, died in a Pinellas Park, Florida, hospice after her husband, Michael, got the courts to order the removal of her feeding tube. That was 15 years after she fell into a coma from which she never recovered and seven years after her husband first petitioned the courts. His efforts were opposed by her parents and by her brother, Robert “Bobby” Schindler, who argued that Terri was conscious. Efforts to oppose the termination of life support for Terri Schiavo included legislation that President George W. Bush signed to keep her alive until the courts finally ruled otherwise.

It was one of the saddest public spectacles that many of us can remember, with advocates on all sides of the controversy trampling over the honest feelings of both the parents and the husband. Many of us completely agreed with the husband, the doctors, and the courts that concluded she was alive only due to the feeding equipment, but that doesn’t mean we couldn’t understand and sympathize with the parents’ and the brother’s love and hope that any possible movements in her eyes or her limbs meant that somehow she was conscious, regardless of the evidence to the contrary. As the Inquirer summarized the controversy, “Her husband, Michael, said she wouldn’t have wanted to live this way [in a persistent vegetative state]. Her parents and siblings said she would have chosen life, no matter what.”

Her brother and parents, however, created a nonprofit, the Terri Schiavo Life & Hope Network, to somehow provide hope and help to families with family members in persistent comas like Terri’s. The Network is certainly growing, with revenues more than doubling from approximately $343,000 in 2010 to $687,000 in 2011, according to the most recently available Form 990 for the organization. The three paid employees of the Network are Schindler, his mother, and his sister. The Inquirer noted that 40 percent of the Network’s revenues were spent on fundraising. The organization also spent $46,000 on travel, according to the 990. Schindler told the Inquirer that he goes to 20 or more events a year. If that is the organization’s travel activity, these are somewhat expensive trips.

One of the Network’s regular fundraising events appears to be a “Terri’s Day” dinner, which this year is scheduled for Friday, April 5, at the Philadelphia Marriott Downtown. The attraction is the keynote speaker: former Alaska governor and former Republican vice presidential candidate Sarah Palin. Tickets for the dinner go for $150, though a $25,000 contribution gets the donor a one-on-one meeting with Palin herself. Unfortunately for the Network, no one has been willing to pay that much to spend personal time with the governor.

Notwithstanding the inclusion of Palin on the agenda, there are serious issues involved behind the Network. On one hand, you have some people saying that medical advances have made possible the prognosis for people in vegetative states to regain consciousness for moments due to medications such as Zolpidem, though long-term solutions don’t seem to be in the offing. On the other, there are questions about the cost of keeping people alive in acute-care hospitals, essentially denying beds to other potential patients, as opposed to keeping them at home. Some people question whether the process of keeping patients alive in persistent vegetative states, using often-invasive measures, is actually doing violence to those people.

Nonetheless, despite the serious and heartfelt concerns of people involved in the Schiavo case, and despite Palin’s oft-stated concern for the disabled due to the condition of her youngest child, the inclusion of Palin as the keynote speaker and a $25,000-a-session fundraising ploy seems to take away from the substantive issues that merit thoughtful discussion and debate. –Rick Cohen