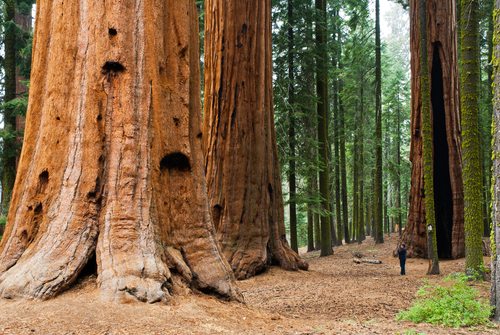 The Archangel Ancient Tree Archive has been working to save our planet and improve our environment in a very interesting way, by cloning the earth’s largest and oldest trees.

The Oregon-run nonprofit has been around for thirty years and is currently in the process of cloning a yew tree in England that is estimated to be 2,500 years old. The nonprofit, which has been branded as “modern-day Johnny Appleseeds,” works with a team of biologists and climbers to collect samples from sequoias, yews, oaks, and many more, creating little plantlets of these species and a “living library” of some of the world’s most treasured trees. In April of 2013, Archangel shipped hundreds of Redwood plantlets to seven different countries and two continents.

In 2012, long-term studies in Amazonia, Africa, and Central America showed that some of the country’s largest trees are dying off rapidly. By archiving these exceptionally ancient life forms, Archangel could be saving species that our planet may not be able to sustain in the future.

Is the cloning of plants a new solution to wildlife and energy conservation? Critics of assisted migration say “playing God with fragile ecologies could have disastrous consequences,” but Gizmodo makes a sound counterargument, asking, “What on this earth hasn’t been altered by the human race?”

Just imagine: with the power of science one day, we may have a “living library,” complete with all of the wondrous wildlife around the world.—Aine Creedon