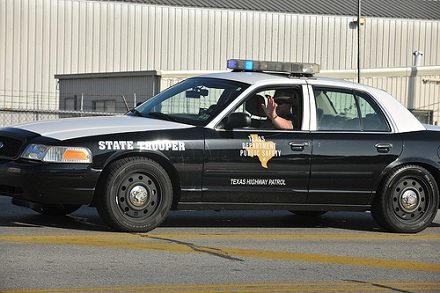 A lawsuit brought by the state of Texas against the nonprofit Texas Highway Patrol Association for allegedly defrauding consumers and misusing contributions was settled last week. The organization agreed to turn over all of its assets (which have been frozen at $490,000), which will be given to the family members of state troopers who, according to officials, never received promised $10,000 death benefits. Where did the money go? According to the lawsuit, money from a scholarship fund was given to children of board members. The suit also alleged that officials of the nonprofit used “up to $10,000 in donations a day to buy tickets to amusement parks and movie theaters and to pay for airfare across the United States,” according to Austin’s American-Statesman.

Travis County Probate Judge Guy Herman signed the 39-page settlement agreement, which also “fines the defendants up to $2 million and prohibits several of the organization’s leaders from being involved with any nonprofit or for-profit organization related to law enforcement,” according to the American-Statesman. It is worth noting that the officials of the Texas Highway Patrol Association include former state Rep. Lane Denton (D-Waco), who founded the San Antonio-based museum associated with the organization. Seventeen years ago, Denton was found guilty and sentenced to six years of probation for theft and misapplying money at the Texas Department of Public Safety Officers Association.

Because the public feels grateful towards veterans, police officers and first responders, raising money for these groups has been relatively easy, which may be why so many fraudulent (or at least unethically exploitive) efforts have developed in this field. NPQ has written repeatedly about problems in this area and has found it frustrating to see the slowness with which many regulators take up the issue of holding responsible these cynical and exploitive types of endeavors. –Ruth McCambridge