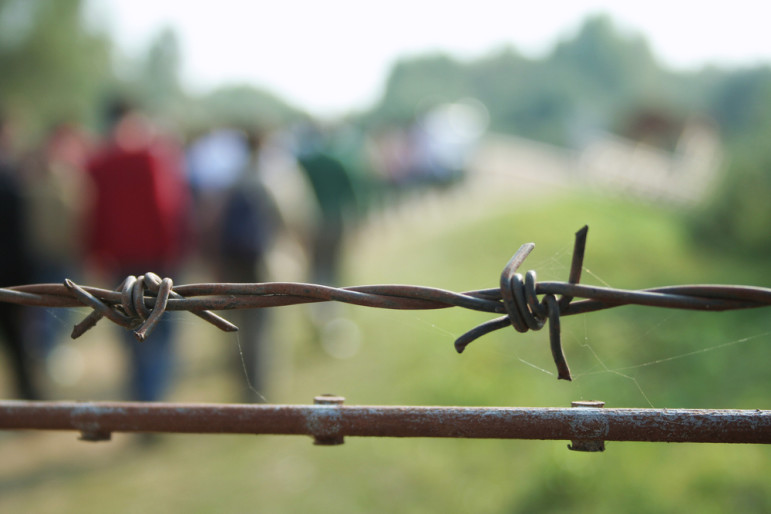 As was reported by Rick Cohen last Monday, Greg Abbott, the governor of Texas, joined other Republican governors in declaring that Syrian refuges were not welcome to be resettled in that state. “As the governor of the state of Texas,” he said, “I will not roll the dice and take the risk on letting a few refugees in simply to expose Texans to that danger.”

This is yet another of those issues that nonprofits might hope to dodge as “not their issue,” someone else’s concern and priority, but it’s not. If the U.S. slams the door on desperate Syrian refugees, the nonprofit sector that claims to represent openness, inclusion, and democracy will find its credibility seriously damaged should it fail to do whatever it can to confront the politicians using fear and hatred as a tool for political advancement.

Now, that representation is being tested, and the sector’s reaction has been mixed.

Though governors have no right to exclude refugees, they do have other ways to make resettlement difficult. In a letter sent to several local nonprofits from the Texas Health and Human Services Commission, nonprofits involved in resettlement were asked to stop serving Syrian refugees by Friday—and according to this report, several complied. (Of the 7,200 refugees that resettled in Texas last year, 213 were Syrian.)

Some say the message comes across as a threat. “It puts them in a situation that I think is very uncomfortable,” said immigration attorney Gordon Quan. “This is basically saying, ‘Don’t do resettlement. If you do resettlement of these Syrian refugees, you may be endangering the whole program that you have.’”

Quan says that though the funds for refugee resettlement come from the federal government, the state is free not to accept the money, thus cutting essential funds for those programs doing resettlement as part of their core service mix.

Ghulam Kehar, CEO of Amaanah Refugee Services, says though they do not rely on federal or state funding, some of their partner agencies do. “At this moment, I think they are just figuring out what this means and how it logistically and operationally will impact what they’re doing,” said Kehar.But Texas is not the only state where nonprofits are feeling intense pressure. Not only have more than half the governors in the United States been making those desperately fleeing war-torn Syria unwelcome pariahs, but at the federal level, the House of Representatives has passed legislation to impose new restrictions on refugees fleeing Syria and Iraq. The measure would create additional certification programs that would, according to Refugee Council USA, leave refugees, many of them women and children, to “languish in camps and dangerous situations” for years longer than is now the case.

More than half the nation’s governors have tried to block Syrian refugees from coming to their state, at least temporarily, and a state lawmaker in Tennessee called for the National Guard to “gather up” the ones already there.

“We are being—a polite word would be harassed by state governors and their governmental staff for information that they’ve never asked for before,” said Lavinia Limón, the CEO of the U.S. Committee for Refugees and Immigrants.

Republican presidential candidates have also weighed in with tough talk, with Sen. Ted Cruz (R-TX) introducing a bill that goes even further than the House legislation, and former neurosurgeon Ben Carson comparing some of the refugees to “rabid dogs.”

The national advocacy groups are considering a lawsuit, but, legal rights notwithstanding, the political hostility is in and of itself enormously dangerous because it creates a larger climate of fear and hostility in the community. As Cohen wrote last week:

It isn’t hard to see through the veneer of the politicians; this antagonism is not just aimed at bringing Syrian refugee resettlement to a halt, but throwing a monkey wrench into the nation’s entire refugee process, which, if it were allowed to continue, could bring in all of 85,000 asylum-seekers next year, of whom perhaps 10,000 might be Syrians if they were to make it through the vetting process.

It also isn’t difficult to see how this plays into the hands of the terrorists, who are hungry for evidence that secular societies in the West will discriminate against Muslims.—Ruth McCambridge