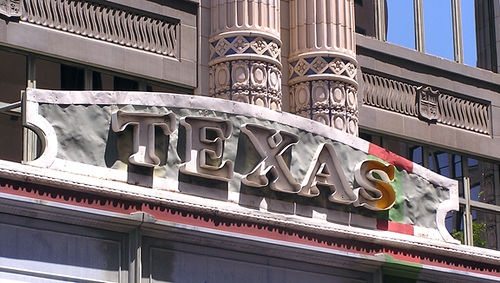 You gotta give it to Texas for thinking big. At about the same time that the Texas state legislature cut the state’s family planning programs by two-thirds (or $73 million), two members of this august body got their peers to pass SB257, authorizing the Department of Motor Vehicles to create a “Choose Life” license plate for drivers. Sales of the plate are brisk, three times what was expected. Since the May 2011 authorization of the “Choose Life” plates, they have generated more than $30,000.

The difference between a $73 million cut in family planning programs and $30,000 in license plate sales is kind of steep, but even that minuscule $30,000 won’t go to family planning. SB257 requires that the $22 in revenue generated by each $30 license plate fee go to organizations “that encourage adoption over abortion.” However, so far, no funds have gone anywhere other than into an account in Texas Attorney General Greg Abbott’s office.

Last week, the Texas AG appointed a seven member “Choose Life Advisory Committee” to advise the state on the selection of recipient organizations. The committee is full of abortion opponents and adoption advocates. Abbott said he would rely “heavily” on the committee’s recommendations. Meanwhile, court decisions have suggested that the state-issued anti-abortion plates are unconstitutional unless a similar option is made available for an abortion rights message. Abbott doesn’t think that those court challenges have merit and didn’t express concern for the Texas program. Sounding a little like some recent unsuccessful candidates for federal office, Abbott told the Tribune that he was opposed to supporting abortion when there might be a risk to the mother’s life, explaining, “When you start putting exceptions into that, you are saying that some children’s lives are not as important.”

Let’s put the “Choose Life” license plate into a broader analytical context. Municipal, state, and federal budgets are moral documents that say something about the collective values and priorities of a community. In this instance, Texas has slashed $73 million from state family planning services while implementing a program that has so far raised some amount a bit beyond $30,000 to go to adoption programs. The advocates of the “Choose Life” plates should be embarrassed by this calculation. The almost two-year-late effort of AG Abbott to create a committee to move some of the money out of his office doesn’t undo the optics and the reality of Texas’s budget decision.—Rick Cohen