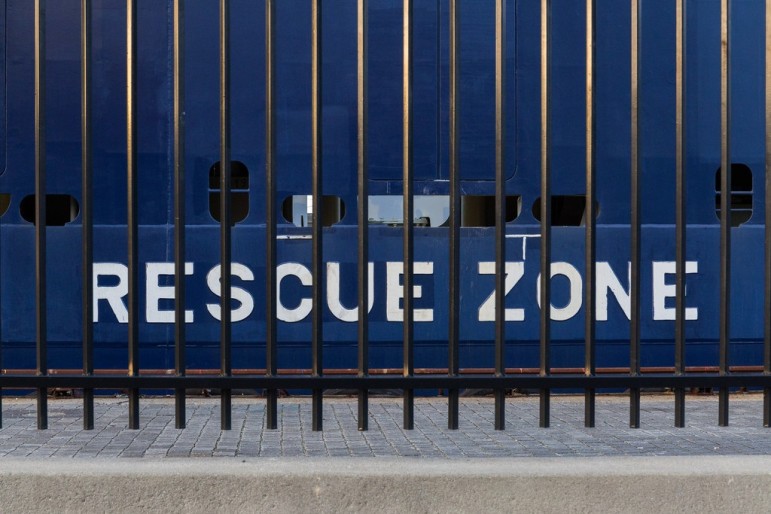 As readers know, NPQ has been covering the standoff between some resettlement nonprofits and state administrations that have attempted to order them not to serve Syrian refugees. In some cases, this is producing legal action against the states, which have no legal standing to exclude the newcomers, but in Texas, the state is threatening to sue one of the agencies for their noncompliance.

A Texas Health and Human Services Commissioner sent a letter on November 25th to a nonprofit resettlement agency which is not complying with the state’s order to refrain from serving Syrian refugees or helping them to settle in Texas; in the letter, Commissioner Traylor threatened legal action if the agency did not contact his office by yesterday.

The letter, which is embedded in full on the Houston Chronicle’s website, read in part:

As you are aware, the Texas Health and Human Services Commission (HHSC) communicated to you and other resettlement agencies regarding the state’s concerns regarding the resettlement of certain Syrian refugees. Many of your fellow organizations expressed a willingness to work with the state to identify alternative outcomes for refugees from Syria who might otherwise relocate to Texas. However, we have been unable to achieve cooperation with your agency.

Rather than continue on your current path, in violation of the Governor’s directive, please contact my office no later than Monday, November 30, so that we can, indeed, work together “in close cooperation” as required by federal law.

The nonprofit in question is the International Rescue Committee, which is based in New York and has been in existence since 1933.

According to the Texas Tribune, the agency responded by letter that it has worked cooperatively with the state’s government for 40 years and wants to maintain a good relationship, but it will continue to provide resettlement assistance in Texas to all legally admitted refugees in accordance with Federal Guidelines and its cooperative agreement with the U.S. Department of State. It also published a statement on its website yesterday, reading:

The State of Texas has long been a safe haven for the world’s most vulnerable refugees. Refugees from Burma, Bhutan, Iraq, Eritrea, Afghanistan and, very recently, Syria, have all found sanctuary here, and the opportunity to live a productive and law-abiding life.

The International Rescue Committee hopes that Texas will continue to honor this long-standing tradition and its commitment to the US Constitution, and would welcome the opportunity to meet with Governor Abbott and other state officials to discuss the resettlement of Syrian refugees.

In response to statements about the state’s security, the statement says:

Syrian refugees are the most vetted group of people to come to the United States. Apart from swimming the Atlantic Ocean, the refugee resettlement program is the most difficult way to enter the United States. Refugees go through rigorous security screenings. Multiple intelligence agencies are involved—from the Department of Homeland Security to the Department of Defense to the Department of State—and the screening process itself can take up to 24 months. Resettlement is only an option for the most vulnerable. Of the over four million refugees now living in limbo on Syria’s border, the U.S. government has committed to resettling a modest 10,000 Syrians in 2016.

The Obama administration has reiterated to the states that they have no legal authority to exclude Syrian refugees, so the IRC is apparently caught between two funder/authorizers and has chosen a side which is, in the end, bigger than Texas. —Ruth McCambridge