The Appalling and Racialized State of Maternal Health in the US

Happy Mother’s Day…or maybe not so much. The most recent statistics on maternal mortality in the United States show that women are now more than twice as likely to die from pregnancy-related causes than they were 32 years ago in 1987. In fact, the US has the highest maternal mortality rate in the developed world, and those rates have been rising to hit the rate of 18 pregnancy-related maternal deaths per 100,000 live births, per year. 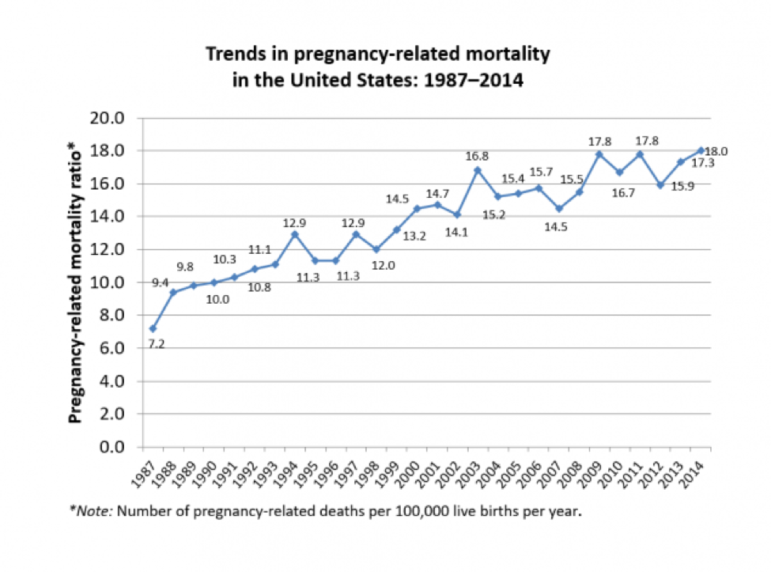 The Washington Post notes a lack of concern about mothers in the birthing process, seeing correlation in the fact that “several states with the strictest antiabortion laws have maternal mortality rates over twice the national average.” But race also plays a large role; Black women make up a disproportionate number of these mortalities, dying of pregnancy-related causes at three to four times the rate of white women. According to the CDC, Native American and Alaskan Native women are 2.5 times more likely to die from pregnancy-related complications than white women.

One of the results of new congressional leadership is there is finally strong movement on this issue. Last week, New Jersey Senator Cory Booker, with the support of Kamala Harris, Elizabeth Warren, and Massachusetts Rep. Ayanna Pressley, introduced the Healthy MOMMIES Act to the Senate and the House.

Pressley, one of fifty members of the new House’s Black Maternal Health Caucus, promotes the new bill as “a community-based, holistic approach to maternal care that recognizes current disparities in healthcare and critical environmental factors impacting communities,” adding, “Maternal justice is about ensuring that every mom-to-be is listened to and treated with dignity and respect during and after childbirth.”—Ruth McCambridge