The Best and Worst of Board Chairs 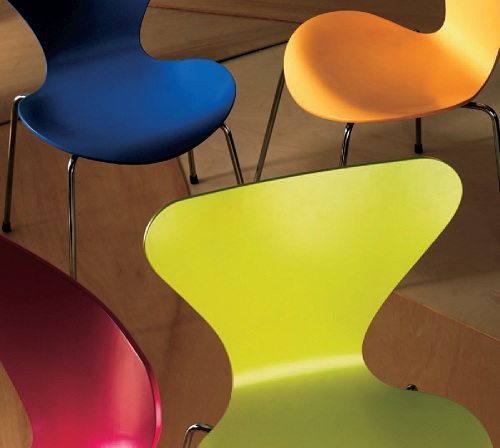 Most experienced observers of nonprofit governance agree that board chairs can have considerable influence on board operations. But not much research focuses on the critical position of board chairmanship and the factors that determine its potential for positive or negative impact.

To better understand how board chairs affect their organizations, we completed two phases of a research project (and have plans for a third). In 2006 we undertook the first phase of this pilot study, conducting in-depth interviews with 21 respondents in Seattle, Washington, and in Victoria, British Columbia. Respondents were split nearly evenly between experienced nonprofit board members and CEOs. In 2007 we launched the project’s second phase, which consisted of an online survey of 195 nonprofit leaders representing a variety of perspectives (including those of board chairs, board members, CEOs, staff service volunteers, and stakeholders) from across the United States and Canada to verify the results of the study.

Our research identifies three groups on which board chairs have influence: (1) other board members; (2) CEOs and management teams; and (3) external stakeholders, such as funders, regulators, and clients. Although our exploratory research doesn’t touch on this, we have developed a framework that outlines the factors that might shape the behavior of chairs, such as background (i.e., age, gender, education, and previous leadership experience); characteristics of other members in the relationship, such as the CEO; and characteristics of the organization (such as the age, mission, and culture). The organization’s larger environment—such as economic and political factors, the organization’s climate of competitiveness or cooperativeness, and so on—can also affect board chair behavior.

Findings from the Online Survey

The two lowest-rated characteristics of board chairs were combined to form one indicator of chair ineffectiveness, which we call “dominating behavior”:

Respondents highlight the same qualities and skills of effective chairs as those the literature cites as desirable characteristics of nonprofit leaders in general. Our findings are also consistent with several leadership theories. Ralph Stogdill, for example, suggests that effective leaders are charismatic, cooperative, and sociable and know how to influence others, while Shelley Kirkpatrick and Edwin Locke cite cognitive ability, motivation, and confidence as essential leadership qualities.

The literature also cites the following characteristics of effective leaders, which parallel our findings:

Our findings are also consistent with the findings of Richard Leblanc and James Gillies, who conclude from a 2005 study of 39 corporate boards and interviews with 194 board members that there are two types of board chairs. The first, which the authors refer to as “conductors,” are effective managers because they

[R]elate very well to management, have a keen interest in good governance and serve as the hub of all-important board activity. They understand group and individual dynamics and possess remarkable leadership skills, both inside and outside the boardroom. They relate exceptionally well to the CEO (if a nonexecutive chair), committee chairs and other directors. They lead the setting of the agenda, run meetings effectively, moderate discussion appropriately, manage dissent, work towards consensus and, most importantly, set the tone and culture for effective corporate governance.

The second type, known as “caretakers,” are ineffective because they either exert too much influence or not enough.

So What? The Practical Implications

The aim of our research was to learn more about the characteristics of outstanding board chair leadership. But we can also draw some conclusions about how a nonprofit organization can better select highly effective chairs.

The most important step is to develop a position description for the chair’s role. This should include specific responsibilities of the position vis-à-vis (a) the board, both as individuals and as a group during formal meetings; (b) the CEO and other members of the management team; and (c) external stakeholders. The results of our research can serve as a foundation for the elements these statements should contain.

A position description should also include the qualifications for the job, such as the required level of knowledge about the organization as well as the desired leadership characteristics and interpersonal skills. Again, the results of our research provide some guidelines on the kind of person one should look for.

One of the best ways to develop qualified board members for promotion to the chair position is by establishing a clear system of succession. Future chairs would be appointed to the position of chair elect or vice chair. The understanding would be that the person holding such a position would move into the chair position within a year or two. Those in such roles can then consciously understudy the chair role.

Finally, it is possible to improve the chances of selecting top-notch chairs if boards are willing to carry out formal evaluations of their own performance. In such a process, members can be asked, “Which board member do you think has the greatest potential as a future chairperson, and why?”

In short, the secret to consistently appointing highly effective board chairs lies in making the process more formal and thoughtful by identifying the kind of person you want and by making a conscious effort to find and develop that person for the role.