The Bradley Foundation’s Agenda Setting: The Intersection with Partisan Politics 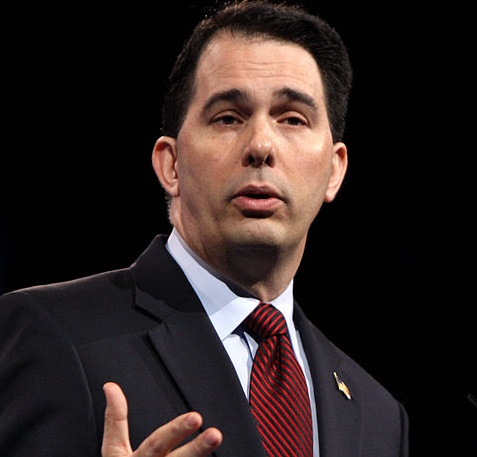 A comment from Michael Grebe, the president and CEO of the Lynde and Harry Bradley Foundation, got us thinking. In a book produced by John J. Miller and Karl Zinsmeister for the Philanthropy Roundtable on how “wise givers” can influence public policy (Agenda Setting: A Wise Giver’s Guide to Influencing Public Policy), Grebe talks about how he has tried to keep the ideologically very conservative Bradley Foundation out of partisan politics. “I’m very careful about this,” Grebe said to the Roundtable authors. “I keep everything separate. I don’t make political calls from the foundation office. I do that from home or from campaign offices. I won’t let the foundation get mixed up in partisan politics.”

Easier said than done in the case of the Bradley Foundation and Michael Grebe. The former counsel to the Republican National Committee and the chair or co-chair of Wisconsin governor Scott Walker’s election campaigns in 2010, 2012, and 2014, Grebe is also the now-retired partner of the Foley & Lardner law firm whose clientele has included major Republican organizations and candidates over the years, including the National Republican Senatorial Committee and the National Republican Congressional Committee, former Senator Jim DeMint (now heading the Heritage Foundation), and Senator Marco Rubio, the latter announcing his presidential candidacy just yesterday.

Grebe is also one of the founders and funders of the Philanthropy Roundtable and the current chair of its board of directors. Governor Walker is lionized in the Roundtable’s Wise Givers book as a “national leader at reining in runaway state spending” (helped by what he might have learned from the Bradley Foundation’s Refocus Wisconsin monograph in 2010) and the leader of the state’s “Budget Repair Bill” which “dramatically reformed state government…[by] trimming the power of public-employee unions.” Grebe doesn’t appear to be publicly involved in a Walker presidential bid and is not yet listed as involved in the Our American Revival PAC, which has been taking the place of—perhaps inappropriately and illegally, as asserted by the Campaign Legal Center and Democracy 21—an official Walker presidential exploratory committee. However, with the multiple arenas of the Bradley Foundation’s public policy funding of Wisconsin’s conservative political model dating back to the administration of Governor Tommy Thompson, including school choice policies and welfare reform, plus Grebe’s history of running Walker’s political campaigns, it would be surprising if Grebe stays aloof from a Walker presidential bid, should that officially emerge.

For Grebe, the challenge of being nonpartisan within the confines of the Bradley Foundation and clearly hyperpartisan outside of it requires a mental discipline that is difficult to imagine. Is it possible to create such an impermeable firewall within one person, one with the resources, influence, and history of Mike Grebe?

Walker’s credentials on the national stage are in his gubernatorial leadership of Wisconsin. Republicans have made Walker’s time in the state house the petri dish for an array of conservative policies that Walker can claim to have overseen and shepherded to fruition. Most recently, the state senate passed a right-to-work bill last month, which would trim the power of private sector unions the way Walker’s budget bill nicked the public employee unions. Walker’s most recent state budget proposal lifts the cap on students receiving vouchers to attend private and religious schools and partly pays for the expansion with reductions in the per-student funding available to traditional public schools. It is hard to find anything in the Walker policy canon that doesn’t have roots in the texts of Bradley Foundation publications or in the research of Bradley-funded conservative policy think tanks.

The Bradley Foundation is hardly alone in funding policy work that supports candidates, governors, and presidential candidates to its liking, a practice of foundations on both the right and the left. However, some of Bradley’s grantees have taken to a more direct role in electoral politics, sparking complaints from critics on the left. For example, according to Jack Craver, writing in the Capital Times, the MacIver Institute, a conservative think tank significantly funded by the Bradley Foundation, joined with the Koch-founded and Koch-funded Americans for Prosperity to run some very expensive ads touting Walker’s policies as he faced challenges in the 2011-2012 electoral cycle.

Another Bradley-connected electoral controversy involved the Bradley Foundation’s grant, admittedly small ($10,000), to the Einhorn Foundation, which ran billboards in minority neighborhoods of Milwaukee reading “Voter Fraud is a Felony.” The intent of the Einhorn-sponsored, Bradley-subsidized billboards was to intimidate minority voters, notable for the fact that Wisconsin’s legislature was considering and ultimately passed a Voter ID law in 2011 with Governor Walker’s support.

The Bradley Foundation has provided grant support to entities that are much more politically activist than your usual academic think-tank operations. Among Bradley’s sizable grantees have been the American Legislative Exchange Council (whose 501(c)(3) status has been questioned on a number of occasions concerning the work it does to pursue the political agendas of some of its corporate donors), the American Civil Rights Institute (founded by Ward Connerly, taking a prominent role in fighting against racial equity issues in California and in other states), and Wisconsin’s two State Policy Network think tanks (the MacIver Institute and the Wisconsin Policy Research Institute, both of which have been prominent in Walker administration initiatives on school choice, suppression of union collective bargaining rights, and voter ID laws). Other public policy institutions that have received significant grant support from the Milwaukee-based foundation include the Competitive Enterprise Institute, the American Conservative Union Foundation, the National Center for Policy Analysis, the Heritage Foundation, the Heartland Institute, the Young Americas Foundation, the Leadership Institute, the American Enterprise Institute, the Independent Women’s Forum, and the National Center for Policy Analysis.

The Bradley Foundation has also made grants directly and through nonprofit grantees to such conservative public intellectuals as Marvin Olasky, Lawrence Mead, George Kelling (who helped design New York City Mayor Rudy Giuliani’s anti-crime strategies), Jason Turner, Thomas Sowell, and Robert George, some of whom actually entered government service to implement their theories, not simply advise, such as Turner in his role as chief implementer of Governor Tommy Thompson’s welfare reform initiative.

In a bit of humblebragging, Grebe was quoted in Agenda Setting to say, “We’ve been more successful at the honoring [of conservative intellectuals]…and less successful at creating broad awareness of what they’ve done,” a statement difficult to take on face value given the widespread support, often from liberals as well as conservatives, of Bradley Foundation themes such as school choice and welfare reform, with the Wisconsin welfare reform initiative serving as the model for the national welfare reform program that was ultimately signed and implemented by President Bill Clinton.

Nonetheless, veering from support for policy ideas to support for political candidates is the line that foundations sometimes slide across, not only to their own detriment but that of the nonpartisan credibility of the philanthropic sector. When it came to the scandal concerning the voter intimidation billboards erected in minority neighborhoods during elections and other alleged incidents of coordination between “independent” policy organizations and the political campaign operations of Scott Walker, one of the loudest voices attacking Milwaukee County district attorney John Chisholm, who launched investigations, came from nationally syndicated columnist George F. Will. Will’s column was short on full disclosure, failing to reveal that he was the recipient of a $250,000 Bradley prize in 2005, that he sits on the Bradley Foundation board of directors, and that the organizations Chisholm was investigating were largely connected to the Bradley Foundation, including the organization providing them with legal advice, the Wisconsin Institute for Law and Liberty—and, at the time, Grebe was chairing the Walker election apparatus.

The distinction here is between the ideologically conservative ideas that the Bradley Foundation legitimately endorses and supports and the times in which the line between funding ideas and funding groups engaged partisan political activity gets blurry. Will’s column, with its lack of multiple disclosures, slides into the realm of the partisan. On the Bradley Foundation board of directors with Will are the respected Robby George, who directs the James Madison Program in American Ideals and Institutions at Princeton University, and Shelby Steele, a senior fellow at the Hoover Institution at Stanford University. Others on the foundation board exhibit more of the partisan political engagement that is characteristic of Grebe’s history:

While others on the board do not appear to have quite those GOP organizational credentials, they have been big supporters of Scott Walker’s campaigns, including board members Patrick English, who along with other members of his firm, Fiduciary Management, maxed out on their giving to Walker one year and were cited for improperly passing money to the campaign through the Metropolitan Milwaukee Association of Commerce, David Uihlein, one of the Schlitz beer heirs who has been generous with campaign contributions to Scott and his allies, and Diane M. Hendricks, who reportedly gave $1 million to the Wisconsin Republican Party and was the largest donor at $500,000 to Walker’s campaign fighting against recall.

The biographical information about the Bradley Foundation board members would appear to make board meetings seem more like gatherings of the Walker presidential campaign finance committee. It is a political cast that makes the Bradley Foundation look nothing like a place where Grebe and his colleagues can possibly shut off their common interests not only in Republican electoral politics, but perhaps even more specifically the aspirations of Scott Walker for higher office.

The Grebe quote in the Philanthropy Roundtable’s Agenda Setting volume should be a sharp reminder to foundations on the right and on the left that their nonpartisan commitment will be suspect if their executives and board members seem to be largely aligned with political parties and political candidates rather than political ideas. Foundations providing grants for the thinkers and researchers on the left and right need not devolve into being seen as functionaries for politicians or, in the case of Will’s defense of the independent nonprofits allegedly coordinating with the Walker campaign, functionaries without the all-important disclosure of their interrelationships.

Is the Current US Party System Nearing Its Demise?