The Bridal Shop and the AAMC: More Lessons from the WaPo “Diversions” Files 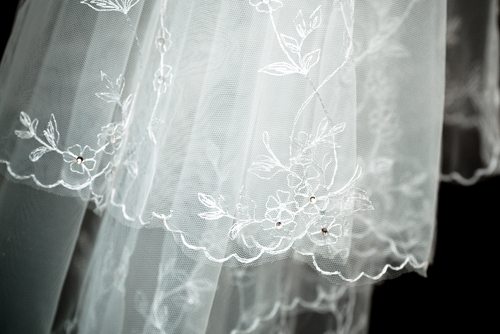 Should the Association of American Medical Colleges (AAMC) have noticed that it was buying a lot of goods from Couture Miss Bridal and & Formal? The District-based nonprofit organization represents accredited medical schools and major teaching hospitals, and administers the admissions test known as the MCAT, so maybe that should have been a red flag. And should it have noticed that there was more than $5 million missing from its accounts since 2005?

Ephonia Green, who owns the boutique, had been employed since 2005 as an administrative assistant at AAMC, which is based in D.C. Before that, she held other positions at AAMC dating back to 1998. She is scheduled to appear at a plea hearing in District Court today to answer to charges contained in an eight-page “criminal information” document.

Green apparently opened a number of bank accounts in the names of businesses that closely resembled those of the organization’s regular vendors. She created invoices and approved payments and sometimes had checks rerouted to her. For instance, $3.7 million was paid to the “Brookings Institute” in response to nearly 200 invoices. (The name of the real organization in question is, of course, the Brookings Institution.)

The long-successful scheme was finally revealed this past July, when one of the banks Green was doing business with questioned a $113,000 check that Green was depositing, and notified the association.

Green’s boutique, by the way, was made famous for its generous donations of bridal gowns to military brides.

While the organization now says it has tightened up its financial processes, NPQ is continually surprised by the degree to which managers do not attend to basic checks and balances. Here is our suggestion: If you do not have an audit done, sit down with an accountant today and ask them to go overboard in helping you figure out a reasonable separation of duties—even if you are small. If you do have an audit done, insist that your auditor be attentive to any possible areas of vulnerability. The problem with informality and financial systems is that it will very often be the least-nefarious seeming person who carries it out. They are trusted, and that is their stock in trade. It is a nonprofit’s job to ensure that the money given to you in trust is protected.—Ruth McCambridge